Should the Oblique Kick be banned in UFC? 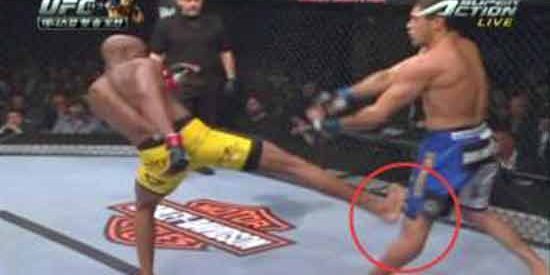 The Oblique Kick, that push kick to the top of the knee, has been receiving a lot of criticism recently over the fairness of the kick. Rampage Jackson has previously voiced an opinion against the kick, claiming that as it aims to damage the knee then it should be banned.

Why? Because he thinks that a kick to the knee could leave serious damage, and put a fighter out of practice until it heals. In his opinion, the kick is designed to seriously damage the knee, and not as a defense move. 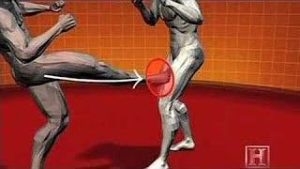 However, there are lots of people who don’t agree, leaving the kick – for now – still in the legal moves book…this is after all MMA and all styles are allowed! The Oblique Kick, after all, comes from Muay Thai and is a simple way to prevent your opponent from preparing a kick and helps keep them off balance as you line up your next attack.

Check out this video to see what the Oblique Kick does in the ring, but rest assured, nobody has had any serious knee damage from this kick alone to date. Maybe Rampage Jackson was just a sore loser when he first brought it up.

Although there is arguments for banning certain moves in MMA, once one thing is banned then the momentum will be set up and who knows what will come next. In ten years will MMA be just the same as boxing, with no kicks, elbows or knees allowed?

A Martial Arts commentator on YouTube known as Shane @fightTIPS brings up the argument that the knee kick is no worse than any other move in the ring. After all, isn’t a punch to the head aimed to knock someone out, potentially causing brain damage if executed in just the right way? Should punches be banned too?

What Rampage Jackson is forgetting is that MMA is a fighting sport – and to fight in a ring, you must be allowed to fight. Simple!