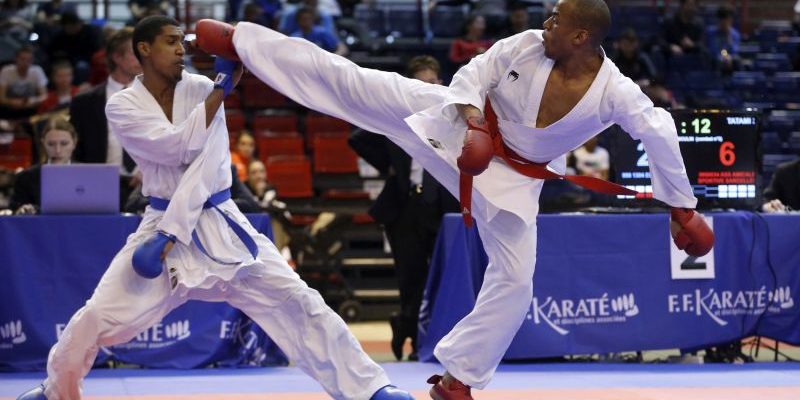 Karate Combat has announced on Wednesday that they will launch a new professional combat sport league, kicking off with their first live event Karate Combat: Inception, on April 26 in Miami.

A private pre-season event has already been held in Budapest, Hungary called Karate Combat: Genesis, but events are scheduled across the world in the upcoming season.

The world has been waiting for this for a long time, and now Karate Combat is stepping up.

This will be the first professional league to display biometric information of the competitors, along with nutrition, training and DNA-based data in real time! It’s like something out of a sci-fi movie, but in real life.

This will change the face of professional karate forever more.

The fights will also take place in slope-sided pits so that viewers can enjoy the sport cage free!

The rules of Karate Combat will be different to that of regular Karate too, developed by experts and top fighters dedicated to bringing the sport into the 21st century… or maybe even the 22nd century!

Each fight will be full contact, and consist of three rounds of three minutes. The fighters will be awarded higher for offensive techniques than defense and counter strikes.

So far the league has signed over 100 fighters from 30 countries, including US fighter Elhadji Ndour. Other fighters include Morocco’s Achraf Ouchen, the Dominican Republic’s Dionicio Gustavo, France’s Davy Dona and Azerbaijan’s Rafael Aghayev.

Karate Combat CEO, Michael DePietro said in a press release that “Karate is back! Approximately 50 million Americans have participated in Karate at some point in their lives with an even greater worldwide following, yet no professional league exists. To date nobody has harnessed the beauty of this ancient sport for 21st-century fans and mass media appeal.”

You can watch the trailer for the new league here.