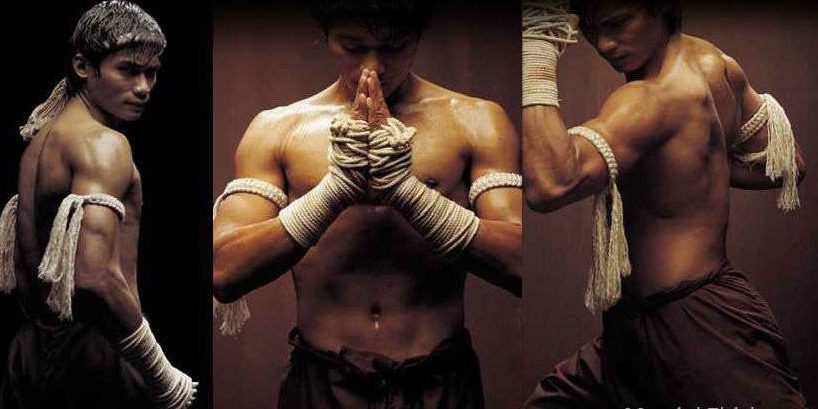 Muay Thai and Muay Boran are both ancient martial arts of Thailand, with a unique style and stance that can leave opponents lost in a trance before they are hit in the head with an elbow or kicked in the ribs with a powerful shin kick.

Although they are both ancient traditions, Muay Boran is literally ‘ancient’ as it’s name directly translates to ‘ancient boxing’. It’s more like a Karate, a combat martial art as opposed to a fighting sport, with less rules and more freedom. Fighters wrap their hands in hemp rope rather than wear gloves. Here are some of the main differences between the two related traditions, and why they make Muay Boran so unique, powerful and just awesome. 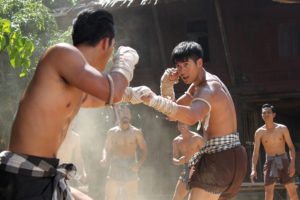 Muay Boran follows a centreline, with the fighters fists aligned with the centreline, as opposed to Muay Thai where the fighters fists are usually seen on the outside of their head. There are many theories as to why Muay Boran takes this centred approach to stance, such as helping deflect incoming limbs easier, and in a way that supports turning the defence move into a grapple. It also protects against coup-de-grace attacks much more efficiently than Muay Thai.

The overall stance of Muay Boran is also lower and wider than Muay Thai. Although the fists are along the centreline, the rest of the body is wide and defensive which helps protect against vulnerabilities such as the groin. In Muay Boran, there are less rules so fighters must protect almost all areas of the body for attack, unlike Muay Thai where groin attacks are illegal, so fighters often feel no need to protect the area while in the ring. Although any fighter should be ready to protect any part of their body, it makes sense for Muay Thai fighters to concentrate on areas that are more likely to be hit. 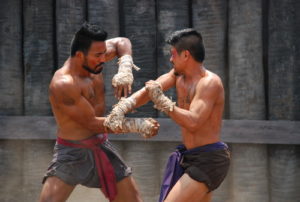 Muay Thai is often referred to as the 8-weapon martial art. Eight is the number of attack points that fighters use (2 legs, 2 knees, 2 elbows and 2 fists). However Muay Boran adds another to that list, making it a lucky number nine. In Thailand the number nine is a special number which adds extra luck to those who believe in it. The extra attack is…a headbutt. As mentioned before, with less rules in Muay Boran, it is not surprising that there is no headbutt rule leaving fighters open to receiving or giving out a devastating close-range attack that can really turn the tide of any fight. 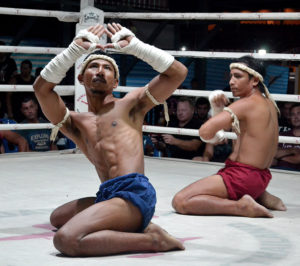 Muay Boran focuses on attacks against the limbs in order to ‘deaden’ an opponents limbs. In Muay Thai this is less necessary as the fights often go to points and limb attacks don’t score as much as other attacks or grapples – however in Muay Boran, if one can damage an opponents whole limb, it effectively takes out an entire weapon that can be used against you, giving you an advantage.

There are a lot more elbow and knee attacks in Muay Boarn. In fact, these are the main weapon on choice for Muay Boran fighters, often using flying knees and flying elbows to take down opponents and cause some heavy damage. Fighters of this ancient tradition often focus on getting as many strikes out as possible, even if it is a risky move. Unlike other martial arts, pacing yourself can get you in trouble in Muay Boran…you have to assess each fighter as they come at you and be ready to fight back instantly.