Kumdo for the masses: this elite martial art becomes available to all at Camden school 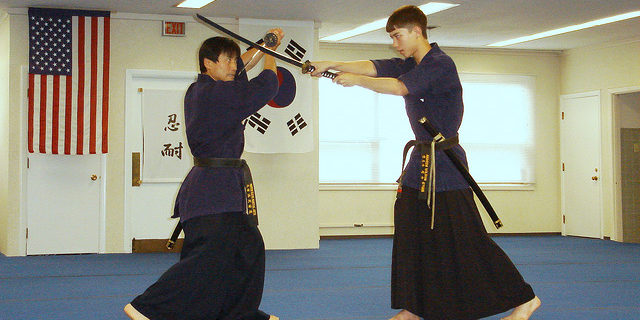 Dressed in white and black outfits, with hard armor plating around the waist, chest, wrists and shoulders, and with a head fully encased in a protective wire mask, Kumdo players prepare to practice their elite Korean martial art that stems from feudal Japan’s samurai sword-fighting traditions. 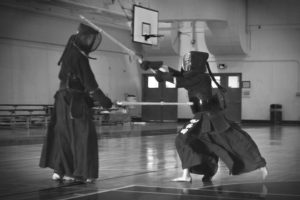 In the US, it is an expensive recreational activity, found only at Ivy League universities…until now.

The children at this Camden school are lucky as they are receiving world-class training under the instruction of master Soo Young Kim – the youngest person in Kumdo history to receive a sixth-rank black belt aged just 33.

Previously, the school had dabbled in Kumdo, but due to the expensive equipment, most of their splintered bamboo swords were wrapped in purple tape to save replacing them and armor was often McGuyvered.

The school has now budgeted $5,000 for the classes per year so new equipment can be brought.

According to the school, Kumdo is not a free-for-all but a disciplined tradition that helps build concentration in students and also teaches them the importance of meditation and calming activities to release the built up aggression and tension that comes with martial arts. 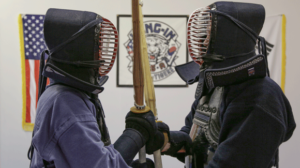 According to one student, who is also the school’s ches club captain, after joining Kumdo practice, his attention span has increased and he can now write essays without being distracted.

The school is planning to join Kumdo’s Eastern US Championship in May where adults and children from across the region will compete.