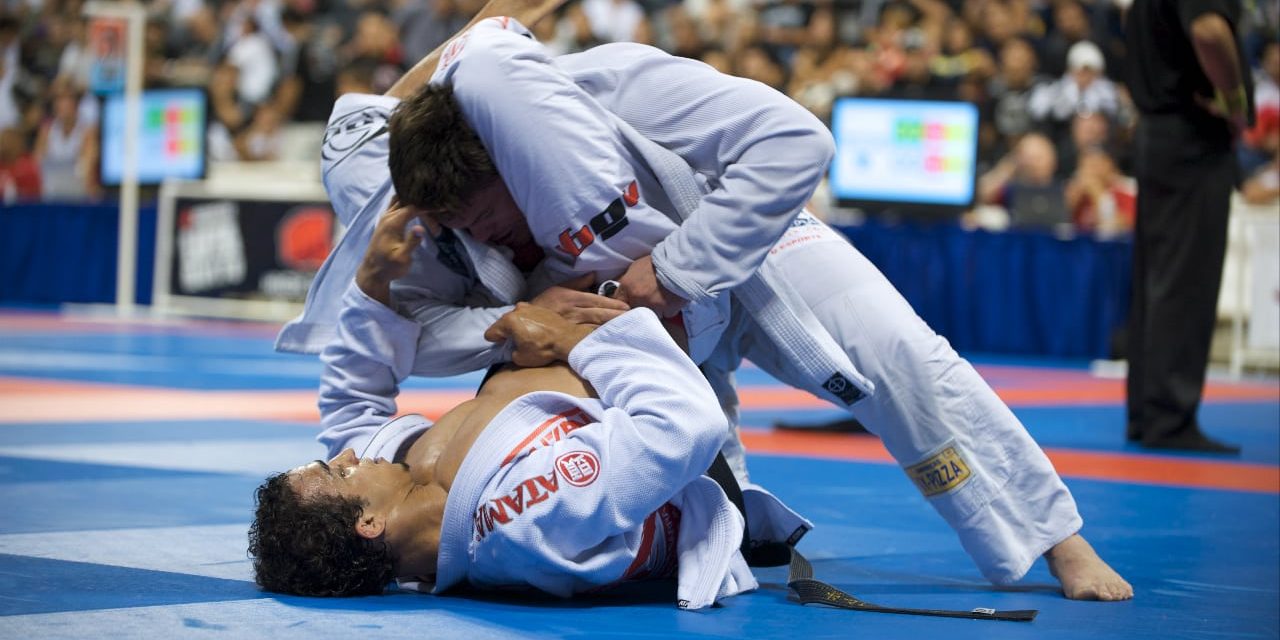 Judo is mainly a grapple martial art, with set moves and rules that determine wins or losses on the mat. But in the streets, fighting can take on all forms and defense is far more important than winning. For many, the classic rituals of boxing or Muay Thai appear to be the best – with their powerful punches and quick reflexes – but some are beginning to look towards grapple based martial arts for a number of very important reasons.

When training specifically for self-defense, people often use the words ‘be prepared’ or ‘watch your back’, because surprise attacks could come from anywhere. Paranoia takes over and many end up in a state where every street or alley they walk down, they are on their guard. 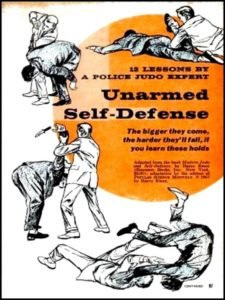 But if you train self-defense through Judo, Brazilian Jiu-jitsu or Sambo – you have an advantage nobody is expecting. Judo has superb standing grappling and throws, and in the case of an attack, usually hitting someone with a full force punch is difficult. Think of the power reap as an example, or even just an old-school boxer hip throw – once the attacker is off balance or on the floor you can then lay into them with ease and really defend yourself before fleeing or, if you’re a wrestler, perform a people’s elbow and finish him.

When facing multiple opponents, it can still work but we recommend pairing up with another more attack based martial art to keep off attackers from all angles, some of who may be armed with weapons.

However, as fighting is often men on men, we forget that the most important group of people who need to learn self-defense is women. Statistically, they’ll be in the firing line for sexual assault much more than men, so need to defend themselves adequately. If they are overpowered or dont have the strength the hit back, the grapples may just be the answer.

Sadly, a large number of sexual assaults are conducted by people the victim know too, so that also prevents more violent attacks (such as a kick in the testicles) due to some attachment there – regardless of the unwanted advances. In that case, a simple Triangle Choke or Sankaku Jime is a perfect alternative for a smaller victim to choke out a larger attacker without being too violent.

Judo and other grapple martial arts also work well at subduing that douchebag at the bar who has had too much to drink and is picking fights with people. One grab and they are on the floor. After all, there is nothing harder than the floor and sometime, with the right throw, it can be devastating.

Judo was even used by the US police in the 50s and 60s as a self-defense tool, and even taught the techniques to the public. Check out this book that has 12 lessons by a police judo expert for unarmed self-defense! It maybe old but it still is relevant – and also the drawings are just brilliant. What’s better than two men in oversized suits going at it in the street! Just imagine the scene… 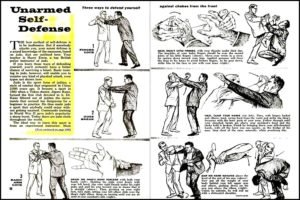 What do you think? Is Judo a good form of self-defense or in your experience, more direct attacks such as a boxing punch or a Muay Thai kick works better at keeping attackers at bay? Or is a combination of the two better? Let us know in the comments!