Judo or Wrestling – Which One is Better in MMA? 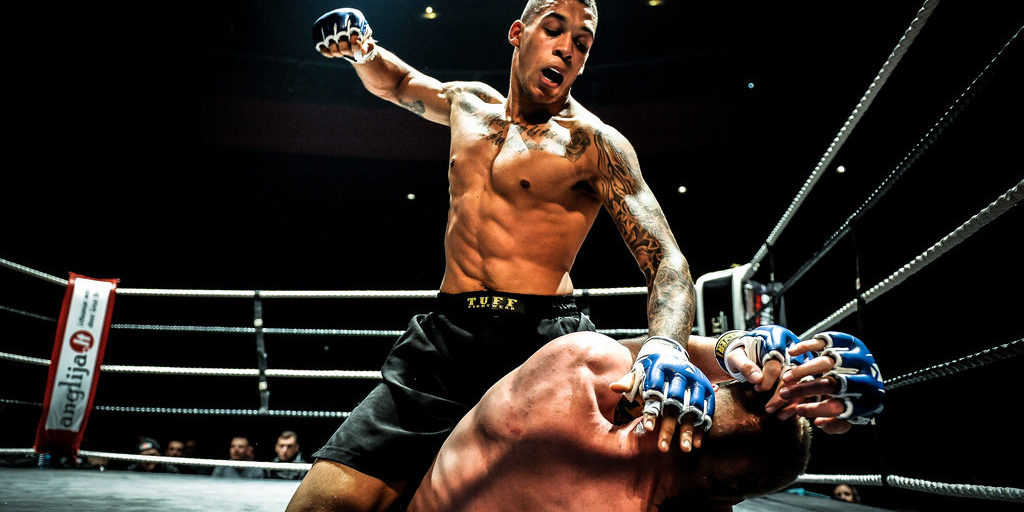 Mixed martial arts features contestants that come from a mix of martial arts, hence its name. But which one holds the most advantage in the game? Do certain styles have advantages over others?

With the tremendous focus on submissions and takedowns that MMA victories often consist of, Judo and wrestling are obvious ones to consider. Both styles have a powerful emphasis on taking the fight to the mat, and yet are different enough that learning one is different from the other.

The primary focus of Judo is on engaging after securing a grapple. Whoever gets a better grip in the clinch usually gets the better takedown and better setup for takedown submission. Once you have your grips, break your opponent’s balance and commit to a throw. If you’re not countered, you’ll have them on the ground easily.

Wrestling, on the other hand, starts the setup for the takedown on the outside, with a head snap or other move to initiate. After the setup, there’s a penetration step, then a brief clinch just like in Judo, but it transitions in one smooth, very rapid motion to the drive and takedown.

If you want to practice Judo, click here to find out more!

A large part of the gripping game in Judo comes from the presence of the Judogi uniform. Judogis are designed to be gripped, and indeed are held to certain standards that determine how well they fit around the wearer’s body, and how effectively they can be gripped by opponents:

This focus on fighters being relatively easy to grip is what allows Judo to have such a stylistic focus on takedowns after a grapple setup. Judokas tend to have much more upright stances than wrestlers, who have very low stances. This is because bending too forward can leave one open to an overhand grip. There are also a lot of turning throws which involve the redirection of an opponent’s energy.

Meanwhile, in wrestling there is no gi, so there’s far less of the philosophy of using an opponent’s strength against him. A lot of wrestling moves require one to power through their opponent, and it’s often as much a measure of toughness and mass as it is about skill.

Mixed Martial Arts is a whole new game and wrestling plays a big part of it. During the fight all of the takedowns are crucial as a bridge between standing and the ground. In the end whoever has the superior wrestling can decide where the fight takes place. In MMA, Judo’s takedown philosophy is not very highly regarded when compared to wrestling. That’s because Judo requires grips that are particularly specific to gi-wearing combatants. Wrestling has plenty of grips whether or not a clinch grip is in place.

On the other hand, Judo presents a huge emphasis on underhooks that allow practitioners to control their opponent and move in for takedowns. Its worth noting that Judo gave rise to Brazilian jiu-jitsu, and as such has plenty of emphasis on guarding against submissions such as the triangle choke and various bar moves. Such protection and guards, wrestling training does not typically provide.

One thing to note about modern Judo is that various changes have been made in recent years by the International Judo Federation. For example, leg grabs have been banned in competitive Judo as of 2010, among other moves.

This means that Judokas whose instruction has revolved around contemporary competitive Judo may be at a disadvantage in mixed martial arts, due to the variety of restrictions that are placed on their moves. One would have to learn older Judo techniques in order to be evenly matched in an MMA fight against a variety of opponents.

Wrestling and Judo both have their respective strengths and weaknesses when considered as pure arts to be used in the ring or café. A direct comparison is not really possible even between two “equivalently skilled” practitioners. More important than knowing what style is “better” than the other in terms of MMA applicability, though, is knowing which aspects of each style to incorporate and learn into your own, not just so you can counter them when they’re used against you, but also so you can adapt the strongest parts of each into your fighting. “MMA” doesn’t just refer to the mixing of practitioners of different styles in matchups, but also in the ability of one competitor to mix up the knowledge he or she has, in order to be a better, more versatile fighter.

Having read this, which do you think is better?