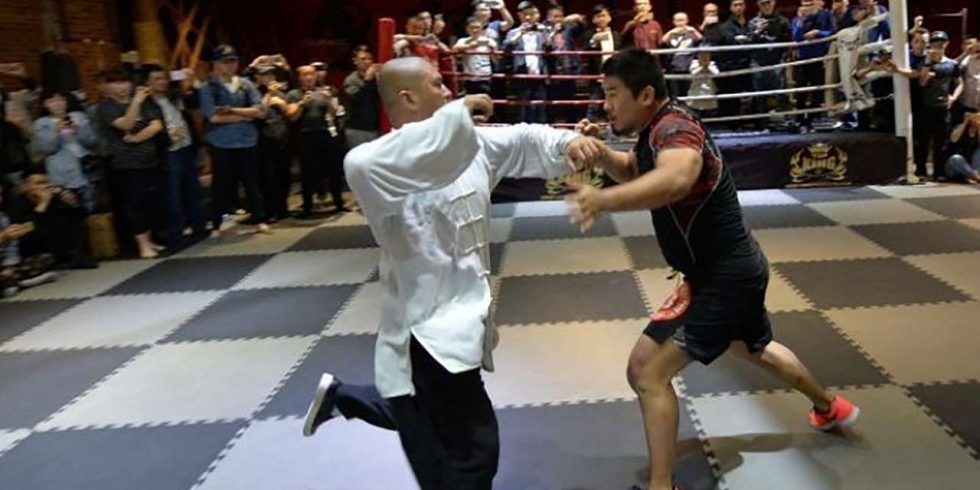 Tai Chi is a Chinese martial art that is practiced primarily for its health benefits today. Traditionally, the art would adopt fighting styles that were practiced in slow-motion so that when practitioners entered a fight, their reactions would be faster as they have had the time to focus on every inch of movement beforehand. Today, a multitude of training forms exist, both traditional and modern, all with their own aims and emphasizes.

The reason people still regard Tai Chi as an ‘old person’s health dance’ is mainly due to the new age hipsters who have claimed it as their own. Just like Yoga, the image is being tarred but in reality, Tai Chi is one of the best Chinese self-defense traditions out there. 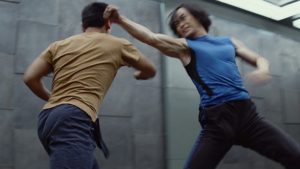 You may have heard that Tai Chi is the ‘soft’ self-defense, but in reality, there is no soft way to defend yourself. If you defend from an attacker, there is no way you will not harm your opponent, it’s just how fighting works. Sure, many people choose Tai Chi as it is a more relaxed martial art, and they don’t want to get their hands dirty in the ring. Some are lured into learning Tai Chi as the ‘pacifists’ self-defense, thinking they can defend themselves without hurting their attacker, but we all know that’s just not true.

In reality, most Tai Chi masters will agree that Tai Chi self-defense is deadly, dirty and one of the best self-defense systems out there. Okay, they may be a little biased but honestly, it is taught with the intent that it is hands-on, energetic and powerful.

Just check out this clip from Man of Tai Chi where Keanu Reeves fights Tiger Chen in the traditional Tai Chi way.

If you watched the video, you’ll see that there are no real pull or pushes in Tai Chi – yes even that time he shoots his hands out and ‘pushes’ Tiger to the floor. In the gym, practitioners will use pushes to overcome and opponent, but in the street that move often invites defeat. The pushes we see in proper Tai Chi fights are actually the deadly dim-mak point strikes – usually aimed at the chest. When properly performed, the power behind them causes the victim to fall backwards in pain, rather than be pushed back by the attacker’s hands. 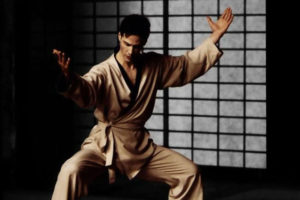 Any Tai Chi master will tell you, when using Tai Chi as a self-defense martial art, you must remember to never step backwards. Fighters are taught to hold their ground and perform a footwork switch instead that help fighters become unstuck from attacks. Throwing a switch into the mix confuses the attacker and often leaves them unable to fight in the way they were planning, giving you a few crucial milliseconds to strike back.

Practitioners are also taught to never fight the weapon but fight the whole body. What many other martial arts teach you is to defend the incoming strike, so you often see people standing still defending one area while the rest of their body is not being utilized in a defensive attack. Use what they call ‘eagle vision’ and react to the whole body. This way, you’ll defend before their strike is even in motion, and you’re attack is poised, ready to go. Just check out this fight in Bart Jam Do for some tips!

Overall, Tai Chi is a unique and deadly self-defense in the right hands. Any master or grandmaster will tell you that when executed correctly, the preemptive style of Tai Chi will overcome almost any attack as long as you remain focused and keep fighting the overall person and not the individual weapon or fist. If a weapon is coming at you, dodge it by looking at the whole body and not the tip of the blade – use the peripheral vision to lock onto each muscle on their body to judge their next move and plan your defense.

According to Tai Chi masters, when you are in the correct meditative mindset of Tai Chi, each time you touch your attacker your own energy will increase, causing you to become more powerful with each and every defense or attack.