The return of Umbrella Martial Arts 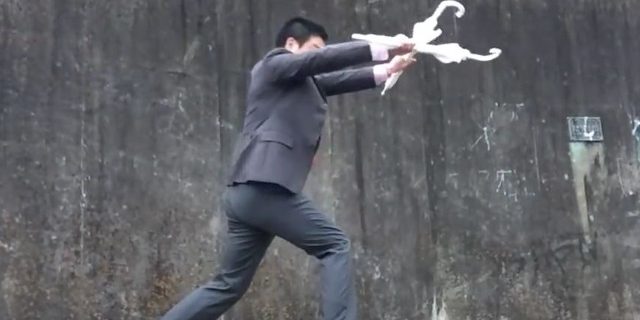 For hundreds of years, the umbrella has been a useful gadget to both protect us from the rain, and in the case of emergencies, protect us from attackers too. As early a the 1800s, fancy men were batting away ruffians and beggars with their fancy umbrellas, often drawing their flintlocks and shooting right through the fabric when things got too dangerous.

Today, although guns are still a big thing, the umbrella has taken the sideline as a rain protector and not much else. That is, until the humble umbrella saw a revival of sorts, with many people looking towards ‘weapons’ they could carry and not need a licence or a permit. 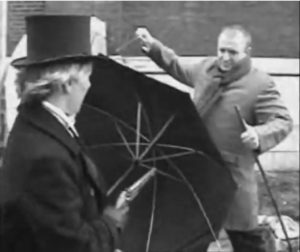 James Bond was one of the heros that re-popularised the umbrella, thanks to his nifty gadget man Q. Although there were guns or secret knifes in the hilt, these umbrellas were once again seen as weapons. Today, people are sticking to standard designs, with no hidden compartments, as they make for a very handy weapon in a tight spot. 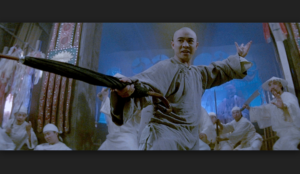 For those trained in Kendo, the umbrella is a natural substitute for the bamboo sword, and can be used in much the same fashion – as long as the brolly is closed that is. Just check out this video of two badass Asians fighting it out armed with umbrellas. 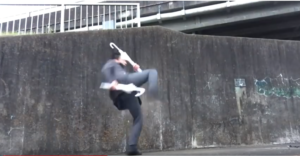 A Japanese martial artist known as Hiroaki Tanaka also loves to show off his martial arts skills with an umbrella, wearing a suit in his videos like a boss. You can see from his videos that he uses umbrellas is a special way, holding them by the cloth and not the handle, utilising the hook shape of the handle to best effect. He even opens the umbrellas at some point to create a defense.

Learn from this guy and you’r umbrella martial art skills will be godlike.