Teacher Attacks Student….And Many Think He Is Right. 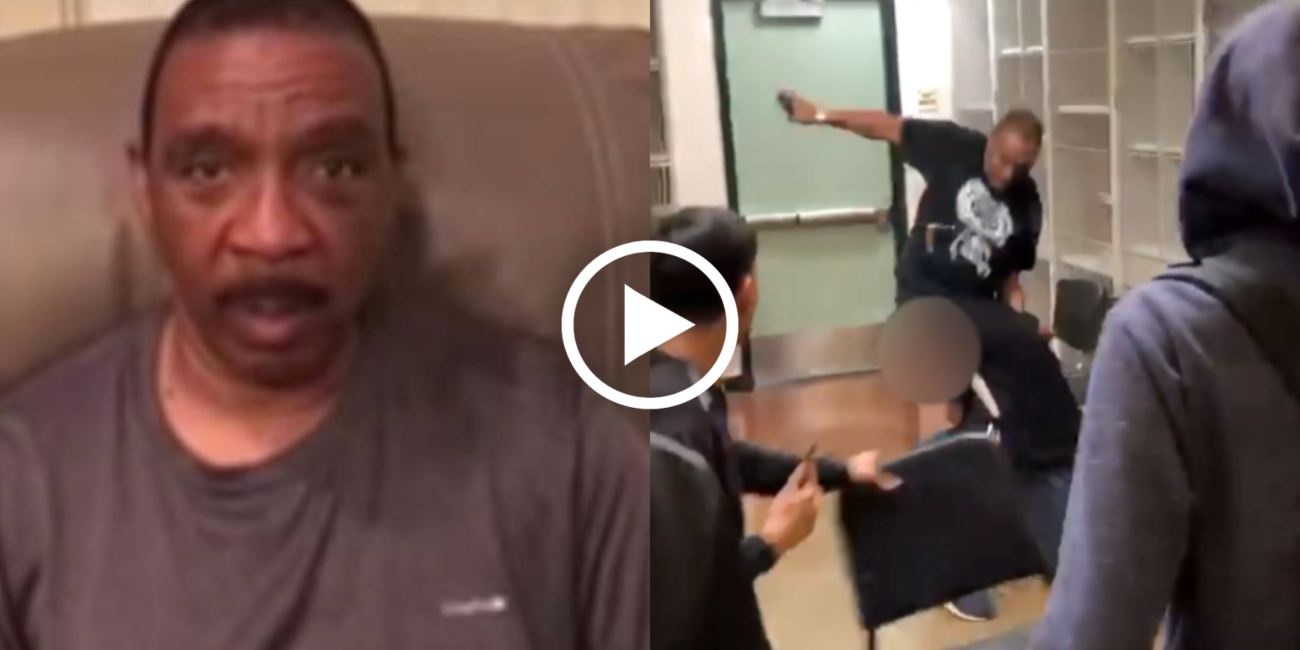 It started with the teacher, Mr. Riley, pulling up a student about a dress code violation. But what followed next is so extreme that rather than siding with the student, a lot of people are defending the teacher’s actions.

The footage below shows the entire incident at Maywood Academy High School, where a student launched a series of Racial Slurs at Mr. Riley until the teacher snapped and began punching the student, causing the entire room to unravel into Chaos.

It is very clear that this was a setup by the student to provoke his teacher into doing something that could possibly end his career. Multiple phones were already recording the scene before any violence took place.

While it is absolutely clear that Mr. Riley needed to take some sort of action in order to make it clear that no student would think they could get away with this behavior again, do you think that he maybe went too far? His point had already been made after the first few punches, but should he maybe have backed off once the teaching assistant intervened, rather than continue to chase the student around the room throwing even more punches?

Lots of people have jumped to the defense of the teacher, going as far as raising over $171,000 to help pay for his legal fees. No student should have the power to actively attempt to get a teacher fired for no reason, but a teacher who is in charge of so many young people should be able to exercise enough self-control to know when enough is enough. Teachers should lead by example and as much as we empathize with the horrific situation he was placed in, he could have maybe handled it in a more controlled and analytical manner.

Hopefully this student gets the strictest punishment possible. But in all honesty, how comfortable would you be sending your students to be taught by someone who is not completely in control of their emotions?