Woman Attacks Man For Doing A Dance, Yet Some Call It Self-Defense. 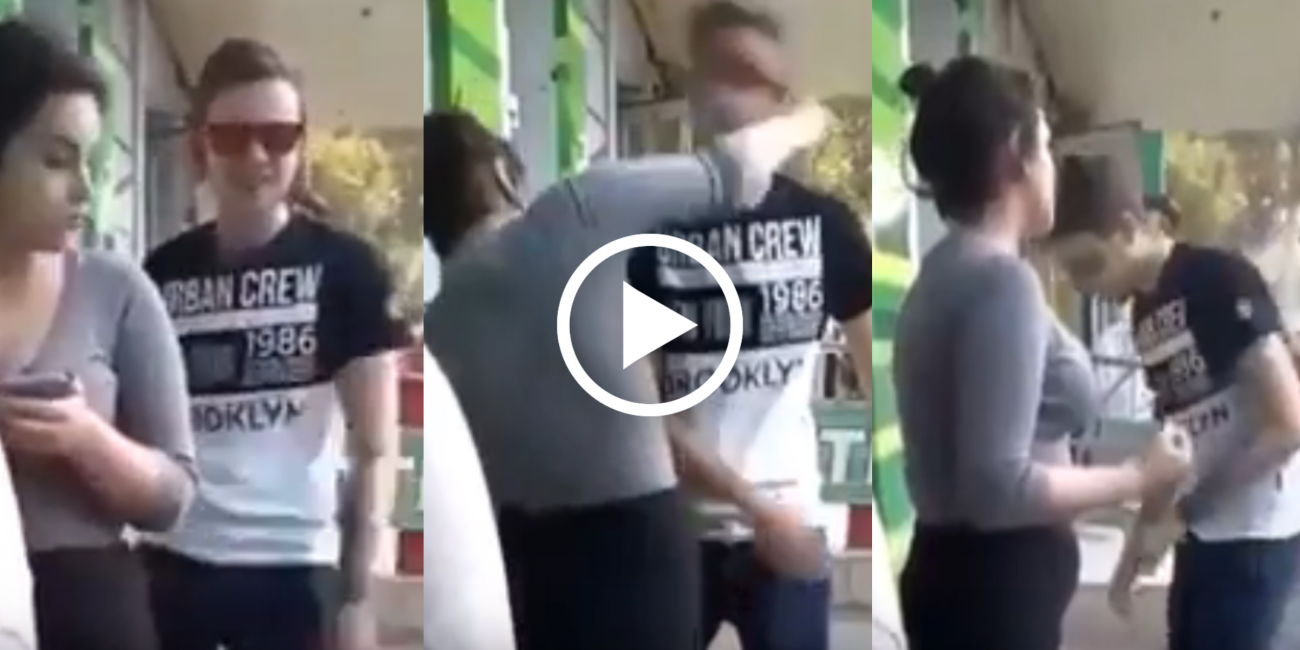 When should you be allowed to claim self-defense? Surely only when you are in physical danger, right?

A video showed up online recently showing a young guy doing what is commonly known as “The Floss” while waiting at a cash machine. He is last in line and a young woman is just ahead of him. For whatever reason, he thought it would be funny to do a dance while having his friend record the video.

There appears to be no actual contact between him and the woman in front, but having caught him doing his dance in her peripheral vision, the woman turns around abruptly, asks no questions, but immediately whacks the guy hard in the side of the head, knocking his glasses off.

He is completely taken off-guard and having picked up his glasses, seems unsure on how to react. This video has sparked debate online, with many people feeling that he should be allowed to hit back and defend himself and that this woman should be charged with harassment.

But in practice, how do you think this would have gone down in public. No one came to his defense and pulled the woman away, but if he hit back, would the reaction have been the same?

It is probably best to just not retaliate and create an even worse situation. The legal system is there for reason: To deal with people who break the law, so that we don’t have to. But the danger here lies in the fact that even though he probably could have defended himself, he probably felt that the surrounding people wouldn’t let him. So in the delicate climate of the #MeToo movement, what are the rules in terms of self-defense? Are they clear, and if they are, are they consistent on both sides?

Here at Martial Tribes, we aim to emphasize the value of living with Integrity, courage, and respect, and if it is possible to resolve a situation without resorting to violence, we believe this is the ideal. However, there is a big difference between keeping your self-control and not hitting back, compared to not being given the option to defend yourself if you feel it is necessary.

Have you been in a similar situation to this and if not, how do you think you would have reacted if you were in this guys place?