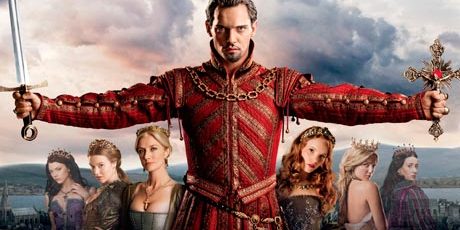 The year was 1520 and wrestling was all the rage in Britain. Building a grand history, overtaking boxing for a time, the European sport influenced by the Middle East became the number one sport to watch. At the time, King Henry VIII of England was 29 years old and an avid wrestler himself, and despite the ongoing political saga between England and France, a challenge was issued to King Francis of France to join the British monarch in the Field of the Cloth of Gold for a friendly wrestling match that would see both men walk away as friends.

In the 16th century, Europe was run by three kings. King Henry VIII of England, King Francis of France and Charles V of Spain. With the threat of the warmongering Ottoman-Turkish empire at their gates, the three kings meet in a secret location to declare brotherhood and fight off their mutual enemy – despite the centuries long wars that had torn up the continent more times than anyone could count. 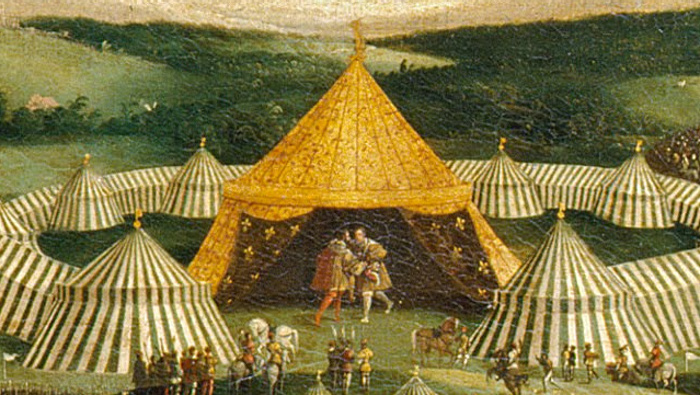 Despite this alliance, both King Henry and King Francis were hell-bent on outdoing each other, so much so that it almost bankrupted both countries, leaving Spain to foot the bill in leading the defense of Europe. As Charles V became Holy Roman Emperor for a time, England and France were threatened and wanted to show friendship.

This gave birth to the Field of the Cloth of Gold, an event that saw tents made of gold tapestry, with real glass windows, solid gold statues and unlimited red wine for all. It was the true pissing contest, with fountains of wine, hundreds of nobles and thousands of army men. According to historians, over 3,000 sheep, 800 calves and 300 oxen were slaughtered for an almost never ending feast that lasted over three weeks. 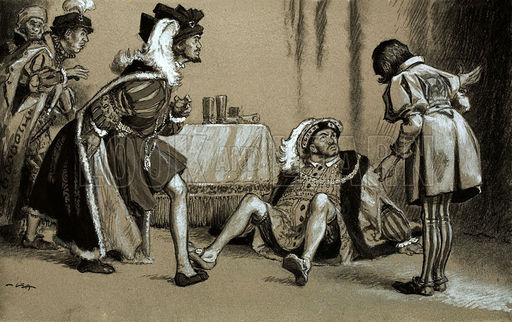 Wrestling was obviously one of the main attractions of the event, with a ten day competition that saw knights competing for both country and honor. Both kings only saw fit that they joined in too, symbolic of the tussling between the two kingdoms over the years.

Henry Tudor was a huge man, towering at 6’1 and toned. It was only in his later life that he became fat and sickly. He jousted and hunted, threw the javelin and excelled in archery. He was skilled at double-axe fighting and played bowls. Henry practiced, and apparently excelled, in Cornish Wrestling indigenous to the Cornwall region of England.

Francis was highly-educated however, showing particular skill in military strategy and combat. He used to wrestle too, in a style known as Breton Wrestling which was similar to Cornish wrestling.

The fight really took place, and aside from the bromance that was forming, the two kings were able to get their last conflicts and stresses off their chests. (Shame it didn’t catch on as a way to settle wars, rather than sending hundreds of men to their death). 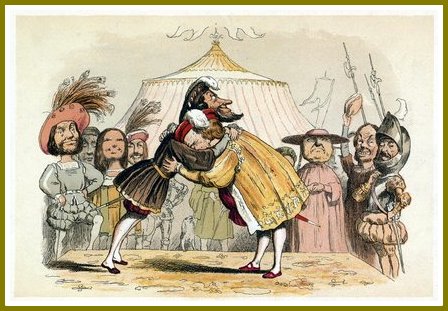 Details of the fight are scant, but what we do know is that Henry was eventually defeated by Francis after he used a technique known as the Breton trip, tossing the King of England to the ground. The event came to a close and both men exchanged friendship bracelets, much like teenage girls.

There never was a rematch for Francis and Henry—at least, not as wrestlers. Instead, the two men continued to fight for dominance, in royal chambers, in sealed letters, and in public displays of aggression. Because all is fair in love and war.