Is This Martial Arts Or Just Plain CRUELTY? 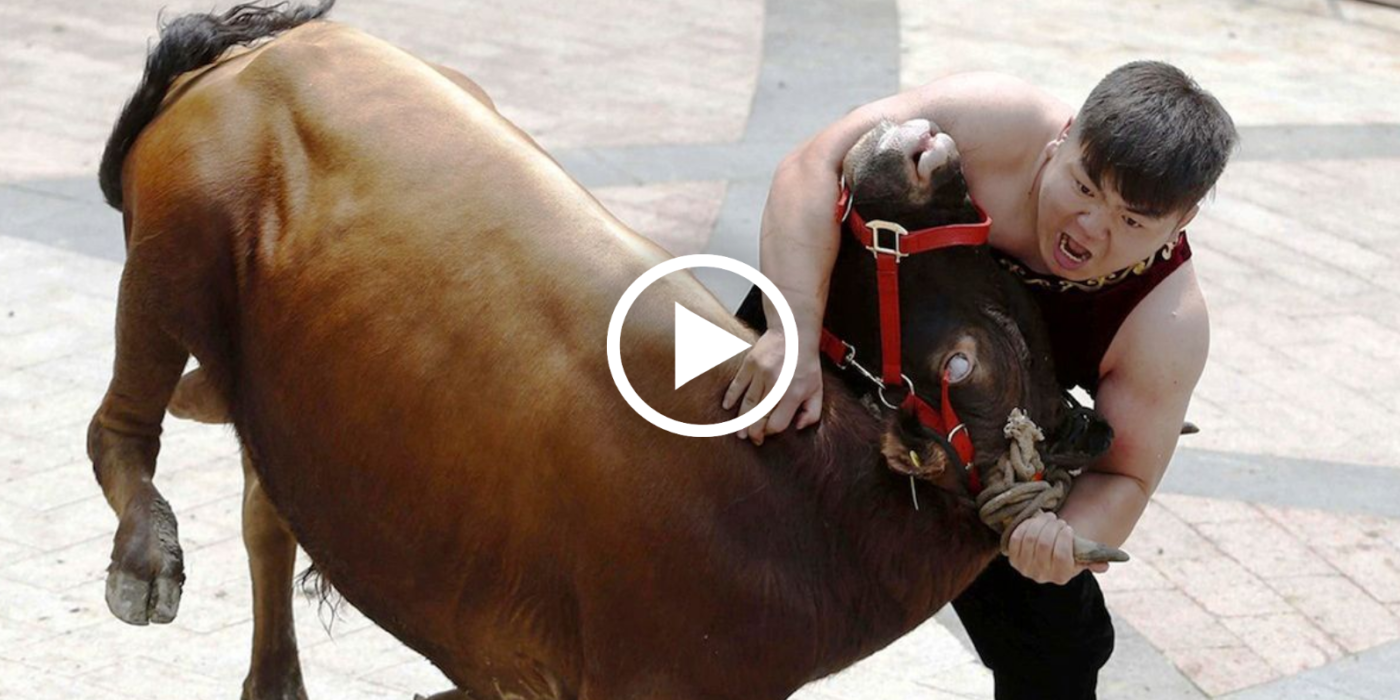 Chinese Bull-Wrestling (or Guanniu) is a divisive sport at best. Although not quite as controversial as it’s Spanish counterpart, since the Bulls are not killed in the process, it still does raise certain ethical questions. But what we are interested in here is its place within the martial arts community, if it has a place at all.

Martial arts, by nature, are between two or more willing participants; normally human. Bull-wrestling blurs these lines on all fronts. Not only is one not a willing participant and therefore acting in self-defense, but they also aren’t human. Using Bulls as opponents in martial arts is definitely not a recent occurrence, in fact, it dates back many centuries to the time of Hui Muslims, but it is steadily gaining popularity in China and is helping boost tourism and raising the economy of certain rural areas. 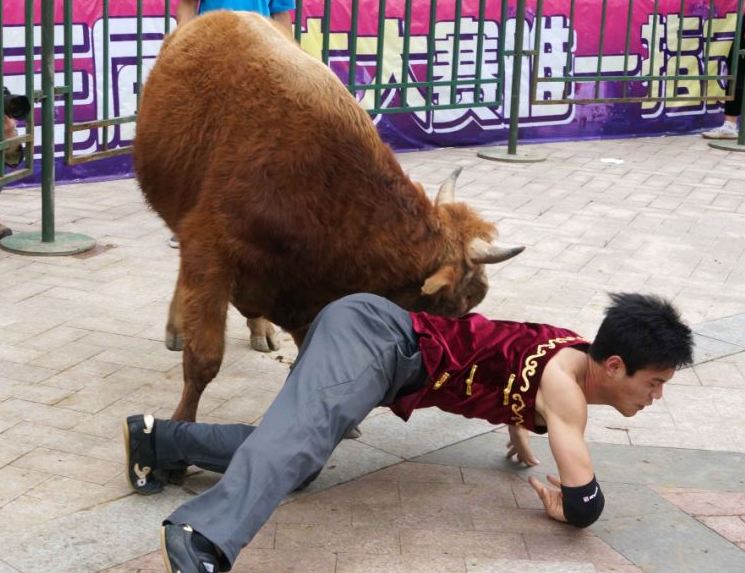 The Kyokushin Karate Master, Mas Oyama was known to regularly fight bulls in his day, reportedly fighting 52 bulls in total, killing 3 instantly with a punch and the other 49 having their horns removed with knife hand attacks. Only once did a bull get revenge, leaving Oyama bedridden for 6 months. This was pure brutality to animals and could not really be excused. But the modern day version claims it is different. Not only do the bulls remain physically unharmed and are wrestled to the ground in a way that does not damage their backs, but their trainers claim to have a close bond with the animals; they regularly groom their fur, bathe them and take them out to graze before fighting them in a ring. While they claim to have a relationship similar to what we would have with a pet dog, the reality is we don’t forcefully wrestle our dogs against their will on a daily basis.

In terms of it being a spectator sport, it is clear what the appeal is. There is a danger there that doesn’t exist in the highly regulated world of combat sports. The Wrestler is one misjudged move away from possibly impaling himself on a horn, so it makes for interesting viewing. But is it a stretch to include it with the more familiar, person-on-person disciplines?

We at Martial Tribes believe that studying a martial art has so many extra benefits besides the obvious self-defense skills that are acquired. You develop greater willpower by simply showing up to the dojo, even when you are tired or ill. There is a sense of community between fighters when they are constantly pushing each other to improve. But most of all you develop a respect for the art, the masters who helped it grow and its philosophy.

The question is, does Bull-Wrestling offer these benefits in its own way, that can only be discovered when you are in the process of training? There are arguments on both sides. Where do you stand on this subject?