How to defend yourself against MULTIPLE ATTACKERS 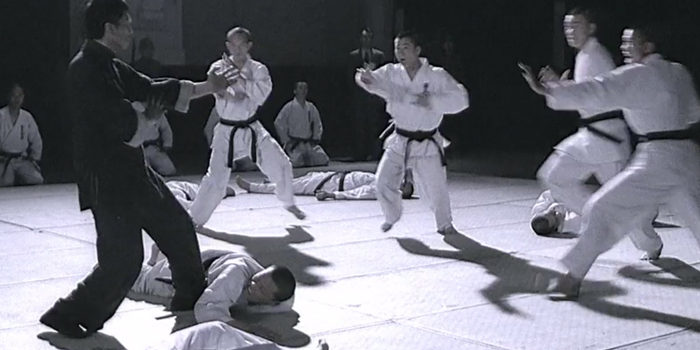 You’re down a dark alley on your way home from a night out and a group of hooded attackers jump you. It’s four vs. one and you’re heavily outnumbered. Even with your black belt in karate, you feel overwhelmed and end up submitting to the attackers. If you’re lucky they’ll just rob you but if you’re not, you could be seriously injured.

One of the most important things we learn when learning any self-defense martial art is how to protect ourselves, but the fights are more often one on one, leaving you vulnerable and unskilled in defending against multiple attackers. Although we don’t claim that after reading this guide you’ll be ready to take on dozens of people like a scene from Kill Bill, but you will be aware of what techniques to focus on next time you hit the gym or the dojo. 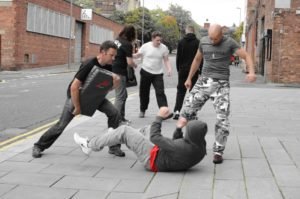 A moving target is harder to hit, and although groups of people can swarm around you making it hard to not dodge a hit by moving into the path of another assailant, you can try using fast, unpredictable movements to make it much harder for attackers to get you.

In a street fight, if you stand still you’re a sitting duck. If they are going to attack you, at least make them work for it, and if you’re lucky you’ll catch one of them off guard and take a pop back at them – in self-defense of course. 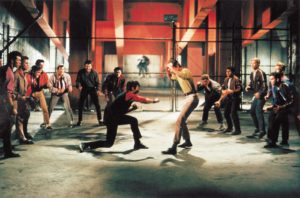 When you’re jumped you have only seconds to prepare yourself, so if you have nothing lying around skip this one. However, if you have a bag, or a table or a chair nearby, why not grab them and use them as a shield? It’s not weak to seek defensive shelter, this is your life we are talking about.

By putting something (or someone) between you and the majority of the attackers, you are more able to fight your attackers one-on-one. You can even try and position yourself so that you have one of the attackers between you and the rest. This gives you the chance to neutralize this one assailant without the risk of attack from behind. It’s hard to explain but next time you’re in the gym, try these techniques with two or three of your sparring buddies. 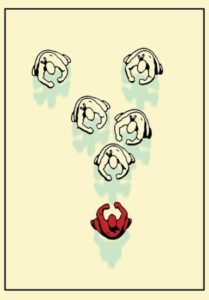 Just like God of War’s Kratos, explode with a fit of fury and rage and break out of the attack when you have found yourself cornered by your attackers. When stressed and cornered, you’ll probably be suffering from tunnel vision, but try to overcome that – you’ll miss those coming at you from the side. If you’ve got attackers all around you and no way out, scream and fun full speed into one of the attackers or towards a space between the attackers and break their circle around you, potentially giving you a moment to escape.

This move is not always successful, and sometimes you’ll end up right in the hands of those attacking you so use it wisely and don’t go for it unless you think you’ve enough power to breakthrough. This move relies a lot on the self-preservation reaction your attackers still hold on their collar, so if you make yourself big and scary enough, they’ll get out of your way before they realize what they have done.

When being jumped by a gang of attackers, you’re certainly in the firing line for imminent destruction. However, these gangs rarely choreograph their attacks like they do in the movies, meaning they are all working on their own personal style and tempo.

For this reason, it makes it a lot easier for you to train yourself to fight against them. Ever heard of the saying ‘too many cooks spoil the broth?’ – It’s that exact idea. By effectively deflecting and redirecting attackers towards safe areas either away from you or into other attackers (two birds one stone), you give yourself time to escape or plan your defense attack. The key is to create as much discord between everyone as possible while also maintaining balance and composure yourself. What do you say, think you can do it?

Don’t forget, if a gang of five people attack you, they have five times more energy than you to spend. Don’t burn yourself out trying to run or fight back when you know you’ll fail. Statistically, you’ll pass out a lot quicker than they will.

Instead, escape strategically. Try your hardest not to turn your back and run because you could easily be attacked from behind with a weapon or when they attacker has caught you up. Keep your attackers in eyesight for as long as possible before making a break for it and only go for it when you’re sure it’ll work…or you’re three seconds away from being murdered. 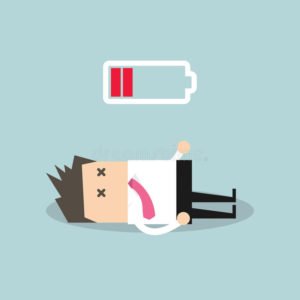 This one can be a hard one to judge. On one hand, taking out the strongest first will make any subsequent fight easier in theory, depending on how work out or beaten you are. However, if you leave the biggest one till last, you’ll have to be constantly defending against them for the entirety of the fight. In the end, it’s down to your judgment call – maybe beating up the weak midget to the side will make the whole gang back off, or it’ll piss off his big brother no end.

When the fight is upon you, prioritize your targets on the body too. The same punch to the arm, neck or jaw have different consequences and levels of pain so make sure you go with the one that has the most desired effect. We recommend aiming for the Four N’s – The nose, the neck, the nuts and the (k)nees. Okay, it’s thee Ns and a K but who can remember that. 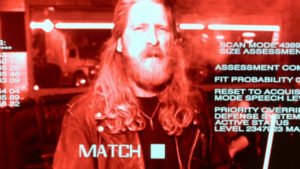