WATCH: The Key To Defending Yourself like a Bouncer! 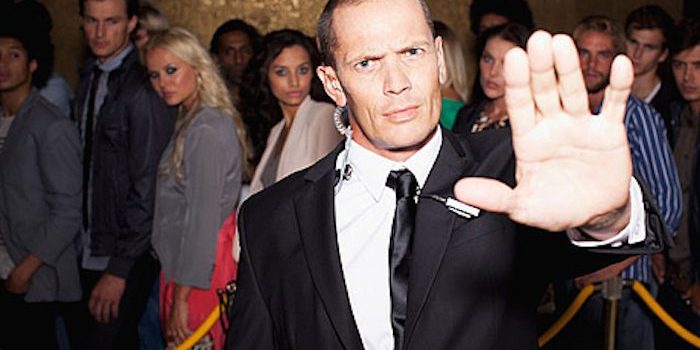 If you’ve ever been out to a club you’ll have seen the bouncers at the door and lurking near the bar. Huge, full of muscle and usually balding (sorry but it’s true!), these men often have a darker history than just working at your local 90s night. Police officers, army vets, bodybuilders, bodyguards – the list goes on. However, even after seeing a war zone for three rotations cannot compare to the shit they have to put up with at those clubs. Believe us when we say that bouncers have the most difficult job of the night, period. 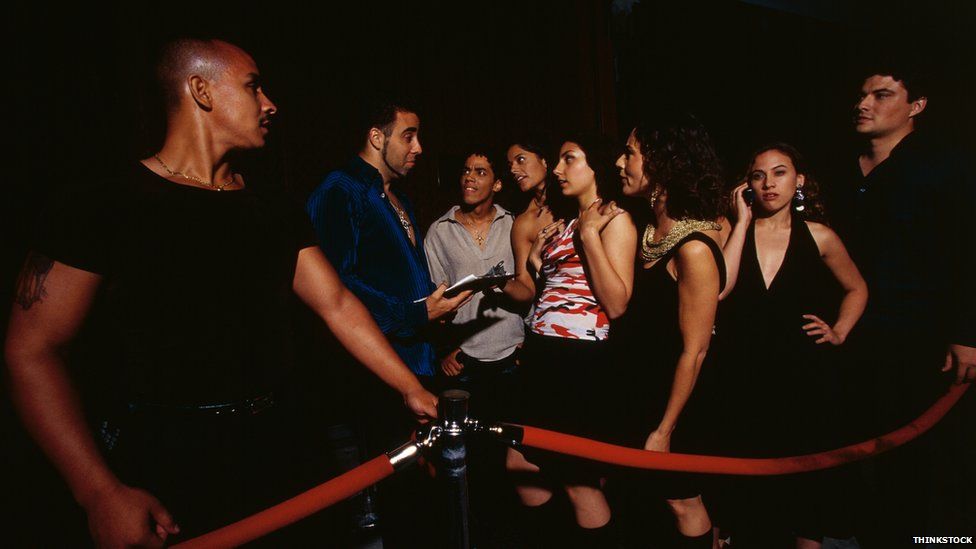 Testosterone, alcohol, and misunderstandings can easily escalate into violence at a moment’s notice, so how does a bouncer help prevent that and how does he protect himself when the attackers turn on him?

In this video tutorial posted below, we can see Grapplearts.com founder and Brazilian Jiu-jitsu black belt Stephan Kesting and his training partner (an experienced bouncer) show how to deal with an aggressive customer while working the door at a nightclub or bar.

What is clear is that despite the aggressive image of bouncers, violence is the last response on their list. Given the laws in wherever they are working, bouncers have limits to what they can and can not do to customers. Some can fight back, others can only defend. Some can even arrest people and others only duty is to turn away people who are too drunk. They manage a fight from a security point of view. Kesting says in the video that “The first thing is, don’t make it your problem, don’t make it a one on one confrontation. You totally want to deflect and bring [the customers] level down.” 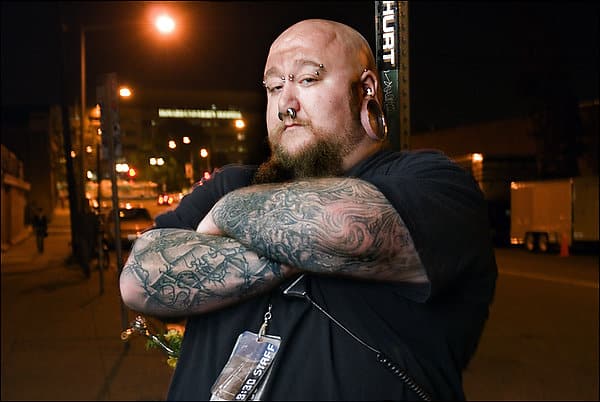 Diffusing the situation is the bouncers best weapon, and for us mere mortals, it makes sense to copy the way of the gods. After all, fighting is just a form of self-defense, so the more you can defend yourself with words and the less aggression out there on the table, then things are going to be looking a lot better in a few minutes.

According to the Use of Force Ladder created by Jim Wagner, there are five levels of threat and five ways to deal with it:

From standing confident and showing you are in control, to dragging the person out of the club when they become violent – these are all the fairest and more effective reactions to customer aggression or anger. Each situation calls for a different reaction, however, if you are splashed in the face with a drink for example, quickly turn, wipe and counter. If you need to walk through a crowd of people, do it like a bouncer, fist over the chest. Make your presence known. Overall, a bouncers job is to look strong, scary and not to be messed with. If you can pull off that image too, then you’re bound to already be protecting yourself as those looking to start a fight are probably going to look elsewhere.