The Greatest Samurai who ever existed? 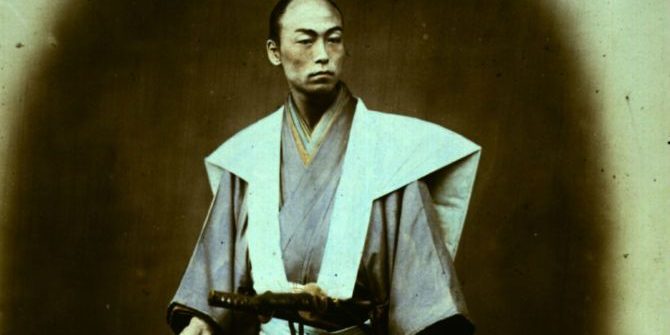 This is the story of the greatest samurai who ever lived. A samurai who faced many duels but never lost. The samurai who fought and beat the best martial arts expert in ancient Japan and the one samurai who lived to see the truth in avoiding death rather than facing it head on.

Tsukahara Bokuden is his name, and he was the most deadly Japanese samurai of his day. Born at the end of the 15th century, he grew up through the Age of the Country at War – a period of great war in Japan’s history. Son of a shinto priest, his life was not headed towards war, but as a teen he managed to break tradition and join the ranks of the samurai warriors.

At the age of 20, his first fight to the death was upon him. Rival and famous warrior Ochiai Torazaemon was in his sights and he was the first man that Bokuden challenged and defeated. 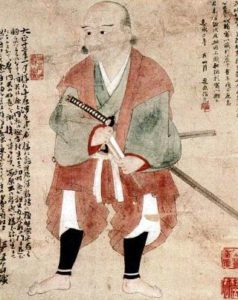 From the start Bokuden was a peace-loving warrior, actually letting Torazaemon live after the battle. However, the story goes that because Torazaemon was so humiliated at losing and not dying, he decided to unceremoniously jump attack Bokuden, but was no match for this growing legend who killed him there on the spot.

In total, and after much training, Bokuden had 37 duels against the best fighters in the nation and was on the path to becoming Japan’s greatest samurai legend. After a pilgrimage to seek out the best teachers to learn from, Bokuden returned to his hometown and opened a samurai school called the Shinto Ryu. Here he developed his very own style – the Single Cut Style. 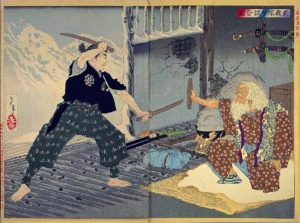 By age 50, Bokuden was a radical of his time, with a way of thinking that although may seem common today, was for his time a thought process that was almost unheard of. Growing tired of feeling that he needed to prove himself after every duel by killing his opponent, he began to see the merit of avoiding conflict instead of having to show himself all the time.

Bokuden’s story was so well remembered it has even been adapted into a movie – Enter the Dragon, starring Bruce Lee. His new found desire to find non-violent alternatives was revolutionary and is still revered today.

One story of Bokuden’s that is still remembered today is when a young samurai taunted him on a boat. He became so infuriated that Bokuden was not reacting to his taunts he challenges the then old man to a duel. Bokuden accepted and said they would duel on the beach, so the young samurai jumped into the water and began to swim towards land. At that moment, Bokuden opened the sails and debarked out to sea, leaving the irate samurai behind in the water.

Bokuden died in 1571, aged 83 – a remarkable age for that era. His legacy lived on, but his schools soon closed, thanks to the death of so many samurais in the wars, leaving none to teach the ways of the samurai to the new generation. Despite the times of war, Bokuden developed a peace-loving philosophy and believed it was better to avoid conflict than to win another fight – a philosophy that would be passed down the generations and changed the way of thinking in Japan forever.