The Origins of This Rare Martial Art Will SHOCK You! 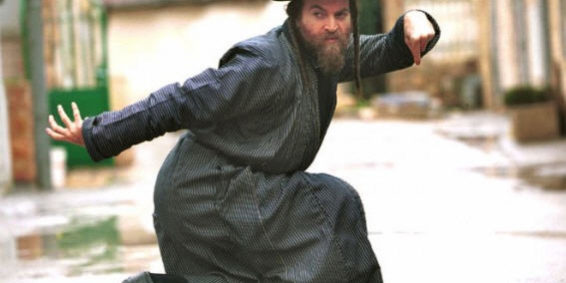 While more popular martial arts such as muay thai, karate, and judo were typically born in Asia, or at least find their roots therein, there is are martial arts all over the world with less exposure, but are far older than these disciplines. Among these ancient and lesser-known arts is Abir, the oldest martial art in Israel, practiced exclusively by Jews in specific areas of the country.

Abir may date back all the way to the 18th century BC, making it a nearly four millennia in age -an old man in a world where many modern disciplines have been around for just over a century. The art was practiced among the people of the twelve Biblical tribes of Israel, and as such finds itself deeply rooted to the culture of the Old Testament and its writings. 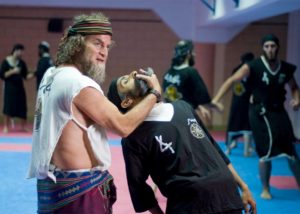 The meaning of Abir in the Hebrew is “Gentleman,” and indeed this martial art is not seen as a resource to fight and create violence. It is simply used if there is no remedy and if it cannot be reached through peaceful negotiation. Despite being a minority martial art, in the last decade, thousands of people have started in this curious discipline, which remains unknown even to many martial arts followers worldwide. In 2008, it even gained recognition from the Israel Sport Authority, a government body that certifies the authenticity of various arts in the nation.

The workings of this ancient martial art were transmitted from generation to generation by the Hebrew people. At Abir meetings, practitioners included prayers and spiritual processes to prepare them, as the structure and form of Abir is closely related to the laws dictating the Torah and Biblical Hebrew culture.

This martial art uses movements based on the Hebrew alphabet, the Kabbalah, dances, stories, symbols, weapons and keys only known by the Jewish people. All these movements with arms and body in a synchronized progression are focused on tearing down and neutralizing the opponent. For practice, martial artists are dressed in turbans, skirts and gowns on which signs and Hebrew letters are printed.

52-year-old Yehoshua Avner Sofer Ma’atuf-Doh, founder of the Abir Warrior Arts Association of Israel, enjoys the title of Aluf Abir, the equivalent of Grandmaster in other martial arts. In 1968, at the age of ten, he received a black belt in the Korean martial art Tang Soo Do, and in 1974 he started learning Kuk Sool Woon, before becoming a trainer and bodyguard in the years leading up to his return to Israel in 1989. He later spent some time training government forces. In 2000, he ran a school for Kuk Sool Woon, at which he had achieved 7th dan. Sofer also trained in various other martial arts, including Hapkido, Judo, Taekwondo, and Mantis Kung Fu.

This incredible versatility in a huge number of martial arts is the brainchild of his grandfather and father, who sent him around the world to study the different disciplines around the world. Abir was an ancient tradition that Sofer’s family was handing down to him, and it had to be seen whether their martial art could face off against the rest.

As a result of his vast experience, Sofer was finally allowed to teach the Abir tradition once more, allowing its ancient practices and raw power to return to the public image once more. His brand of martial arts mixes Abir’s powerful physical forms and abilities with a spiritual aspect of prayer, as well as instruction in various ancient Hebrew practices. Part of the Abir training curriculum even includes seeing the old tribal lands of Israel, learning how to make weapons and Jewish clothes, and much more that links the modern world with the practices of the past.

Some may look at Abir with more than a little disdain. Sofer has been accused of creating a grand hoax, with all the checkmarks of a McDojo built from the ground up by an egocentric fighter looking for a little fame. They make fun of his past as a Hebrew rapper who didn’t really know Hebrew, or his birthplace of Jamaica and childhood spent in America.

Yet all it takes is one look at the video demonstrations of his practice to verify that he has real skill. And if that’s not enough, perhaps one could look at a government body’s certification, or various belts and titles he’s held throughout his life in different martial arts.

It remains to be seen if Abir will make it to the big leagues of martial arts. Plans for starting a French branch of the Abir Warrior Arts Association were burgeoning in 2007, but little seems to have come of them. There are also only a few dozen students who attend Sofer’s classes, at which he remains the main instructor. That said, it’s Sofer’s lifelong goal to teach the arts as authentically and respectfully as possible. Perhaps this takes a little more time than we’ve seen so far.