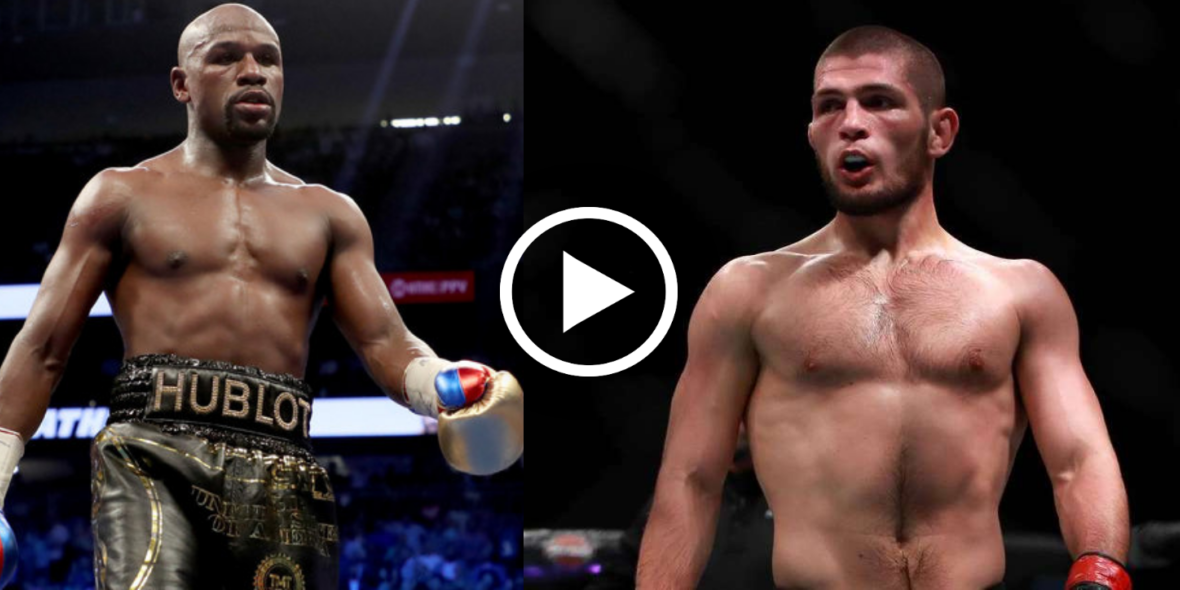 An Instagram video by Khabib’s manager Leonard Ellerbe showed the UFC fighter challenging Mayweather to a fight, and it seems that his offer has been accepted.

Look who I ran into at tonight’s fights in Russia.

Mayweather’s response was simply: “CBS, Showtime and MGM Grand get the checkbook out!”. Although he is in retirement, he has always been clear that if a fight makes good business sense, then he is up for it. He also said he would come out of retirement to fight Manny Pacquiao, but when that might happen is anyone’s guess. With Khabib’s recent win over McGregor, this new fight is absolutely going to be a cash cow for all involved. All we need now is solid details of when it will happen.

What we are curious to see though, is after Khabib’s supposed remorse for his behavior in the Octagon recently, how will the build-up to this fight play out? Will Khabib contradict himself completely and behave in a way that he had criticized McGregor for, or will it be more of a harmless banter sort of affair?

Khabib has spoken out of how they have many young fans who look up to them as role models and that it is their duty to set a good example. Well, he has his opportunity now, so let’s see if he is good on his word..or whether the prospect of making more money by upping the controversy will be too much of a temptation. Watch this space!