Is there a place in UFC for Respect, Humility and Integrity? 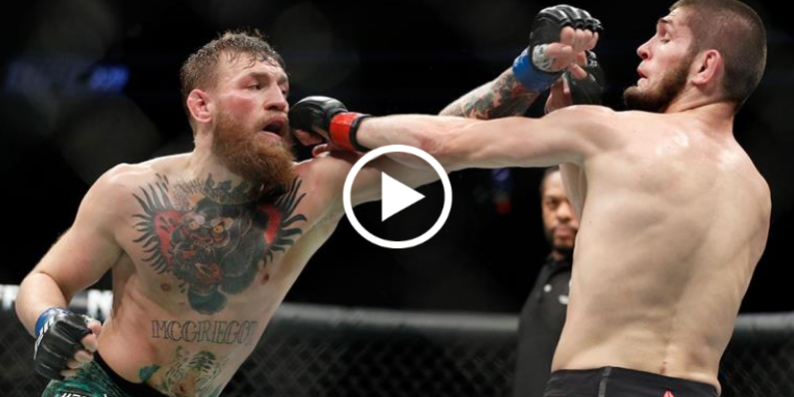 For those few who have been living in a dystopian bomb shelter, eating packets of dehydrated spaghetti bolognese for the past few months, there was a little fight on October 6th between Conor McGregor and Khabib Nurmagomedov.

Run-ups to UFC fights usually involve a lot of showboating and trash talk, to the point that you are never truly sure if it is scripted or not. However, the relationship between these two fighters seemed to be particularly contemptuous, with the digs getting extremely personal, especially from McGregor’s side. Having basically accused Khabib and his team of being terrorists.

However, on the day of the fight, Khabib proved to be too much for the Irish fighter and came out on top. That should have been enough to put McGregor in his place and silence him for at least 5 minutes. But what happened next left the spectators at the Octagon staring on in disgust. Khabib jumped over the cage and launched an attack on his opponent’s team, while others hopped into the cage and attacked McGregor, who was seated, trying to recover from the fight. It was a total fiasco and a display that showed a disgusting lack of sportsmanship. One that will have serious repercussions for the victor in the coming days, according to UFC president Dana White. “The Nevada State Athletic Commission is going to hand out some sort of fine or suspension and after that, we’ll see,” White said after the fight. “If he gets suspended, it depends on how long his suspension is and yeah, he’s probably going to get stripped if it’s a long suspension.” 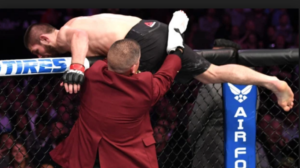 This leaves us with a question: Is there a place for qualities like Respect, Humility, and Integrity in UFC? These are qualities that are usually taught hand-in-hand with techniques in most, if not all, of the other martial arts disciplines. But with UFC, is it more about entertainment than sportsmanship? Is it more about seeing blood flow than something less exciting like showing respect to your opponent?

Obviously, the UFC is in the business of making as much money as possible. As awful as the end of this event was and no matter how many times Dana White and Co. voice their disapproval, it has added fuel to an already very big fire, which means lots more pay-per-view money the next time these two fighters meet in the Octagon.

Should we hold UFC to a higher standard, or is this just what it is? A modern-day version of the Roman Colosseum?

Watch below for a perfect example of how NOT to behave after winning a fight: