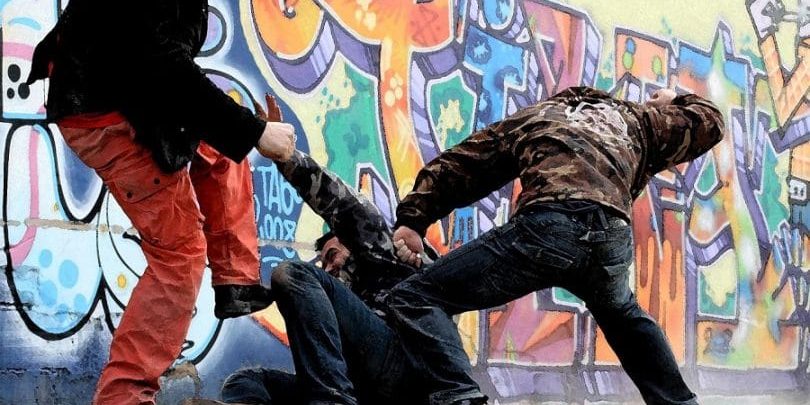 UFC and other no-holes-barred fights (such as the brand new Karate Combat which is turning a lot of interested heads) have dominated martial arts in recent years due to being great for spectators and also inclusive, bringing fighters from all backgrounds into the ring, octagon or pit to go head to head.

Thanks to the popularity of the UFC and MMA sports, more and more people are getting into martial arts and the industry is seeing a boom in both spectators and practitioners, which can only be a good thing. This ‘new’ form of mixed martial arts pits people together from all different schools of thought, but has raised questions among fans about what makes MMA so special and people are beginning to ask how it differs from regular street fighting.

It’s clear that MMA is probably as close as you are going to get to real fighting – given the different techniques of each opponent, partnered with little in the way of rules, and an ultimate goal of a full on knockout. Although MMA fighters are great at self defense, and to train in any number of martial arts is bound to protect you if you were to find yourself in a street fight, but let’s be honest – when does a street fight ever start “three-two-one-go!” 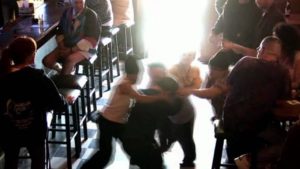 You spill your drink on a bro at the bar and before you know it there is a fist in the back of your head. Street fights or pub brawls are famous for being unfair and unregulated, with cheap shots and weapons often coming into play.

There are no rules in a street fight, and we’d be fools to pretend the same for MMA. Even the earliest, most brutal, fights to the death-kind of fights in our history have all followed some form of rule system to either protect the fighters or to make sure the fight is fun to watch or easy to judge. MMA fights train for attacks from other MMA fighters, whereas criminals and thugs train to deal the most damage. A UFC fight may go on several rounds, each time giving the fighter time to catch his/her breath and start again – a street fight is usually over in seconds.

You get the picture. 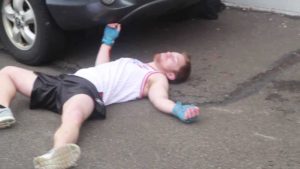 Saying all that, we still think a trained MMA fighter would win against a bar bro every time, as long as the bro’s mates stay out of it. Back in the day, fights were taken outside, and respectfully started with the strike of a town clock – the winner would be declared when the loser submitted or begged to stop. Today, a knockout is much more desirable, and in some cases people die.

Whether this desire for a knockout to prove your manliness comes from watching too much UFC or just because we are all more violent these days, is a hard call to make. Either way, we really support MMA but don’t recommend that anyone fights out on the street. These days the unspoken rules have all but been forgotten and you can risk serious injury or even death. However, if you do find yourself in a situation you can’t get out of, let’s hope your MMA training comes in handy as you totally obliterate your attacker and send him/her running home, tail between their legs.