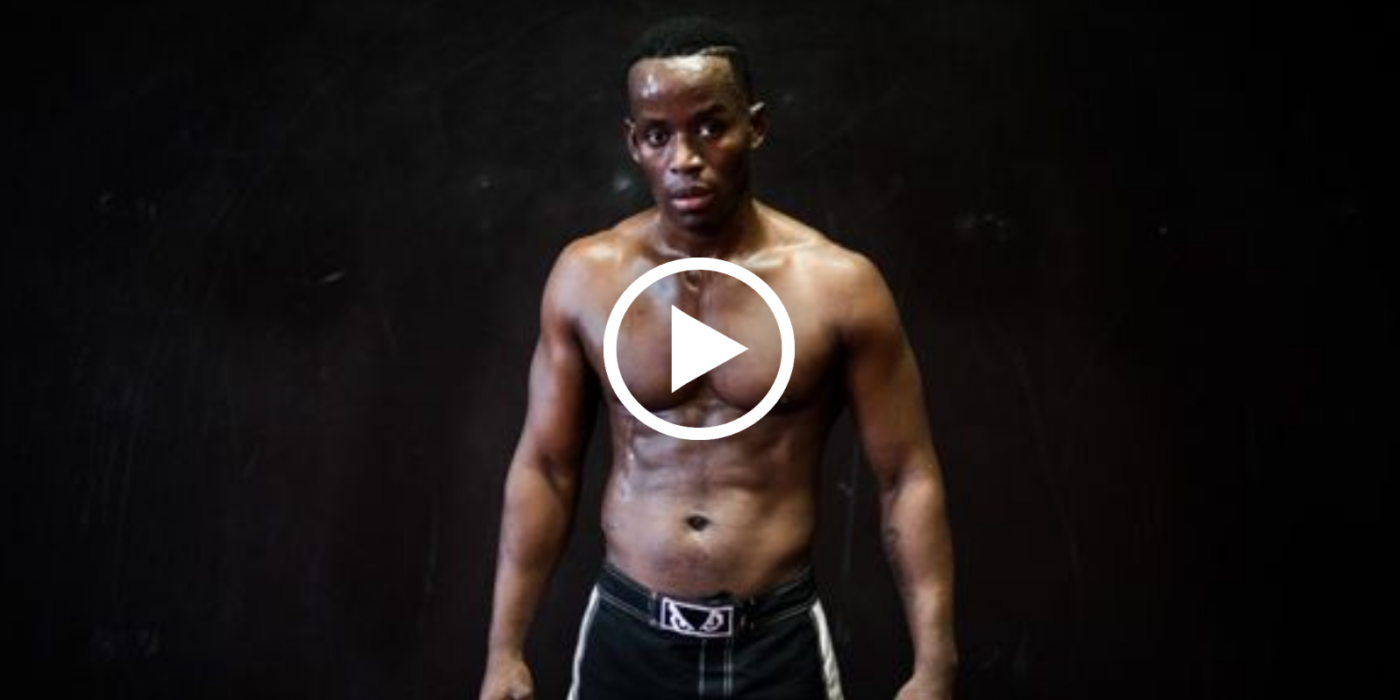 When South Africa’s first black MMA champion Ronald Dlamini was left in a 10-day coma by meningitis, he woke to discover he was blind. But his life in the ring wasn’t over. The fight had just begun.

At 78kg and 1.76m tall, Ronald Dlamini has the broad, muscular frame of an athlete.
Clear signs of a rough past could be inferred from his deformed ears (Cauliflower ears). His professional MMA record up until 2012 – the year he last fought professionally – is an impressive 27-4 (two defeats by KO, the other two due to earlier injuries). 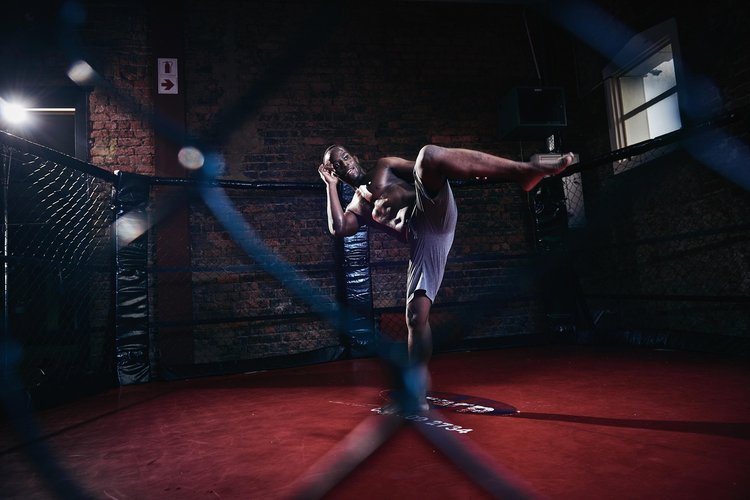 While the loss of sight might deter some fighters, it motivated to be the best of the best – All other senses are amplified: I smell better, I hear better. Just by touching you, I know your body weight. When I spar, I listen to the breathing. I listen to the footsteps. I’ll strike where you’re most vulnerable

He learned the most important thing to remember in a fight, was to push on and not give in- “I came from a poor family and was very quiet and shy. I had a very big head, and the bullies used to tease me about it. Every day after school, I’d have to fight my way out.” 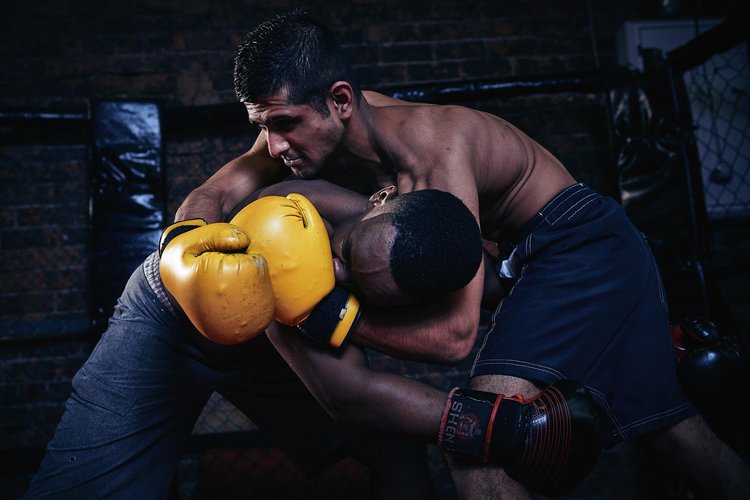 His official fighting career began when, at the age of 11, he left his grandmother’s house to live with his parents and 14-year-old brother in Mandeni in Sundumbili township. His brother trained in Kyokushin karate, a brutal, full-contact form of the sport. Bored at home, Dlamini announced he would go along to the dojo, too. There, his interest was met with amused skepticism, and although he had no knowledge of the sport he was pitted against one of the club’s best fighters.

Fast forward several years, after a bunch of successful wins in professional MMA bouts, random headaches started setting in, a throbbing bloom of pain.
It was discovered that Dlamini had meningitis. Although the doctor told Dlamini that it could be cured, an injection given to him by a nurse stole his sight from him – “She took five steps back and I lost my sight,” he says, his words heavy as he recalls the shock and confusion of being plunged into darkness. “I was in a coma for 10 days. When I woke, I felt mad. I was trying to hit everyone – I thought I was in the ring.” 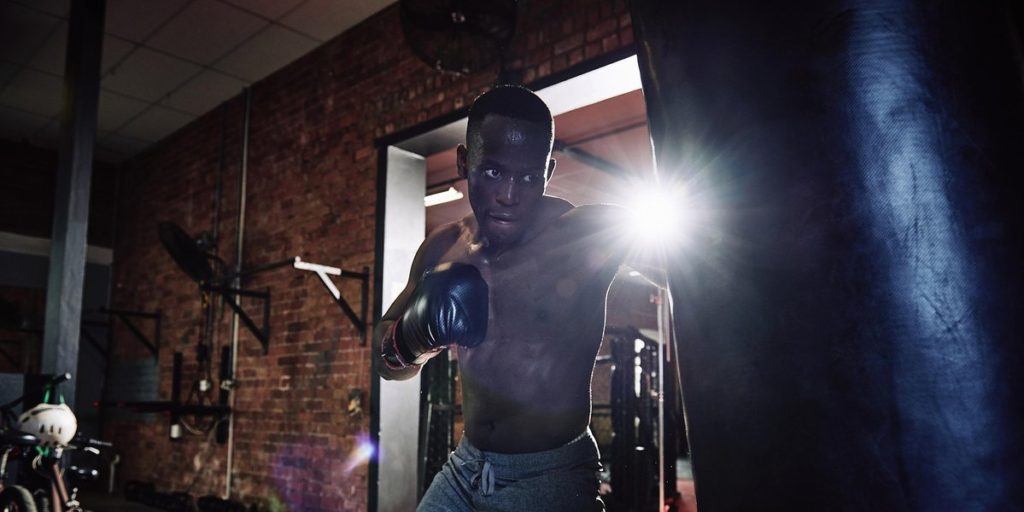 But instead of staying down, Dlamini decided to fight. He moved into his family home, where his sister and parents would bathe him and cook his meals. Slowly, as the months passed, he learned how to function again. As his strength returned, Ronald began to stubbornly refuse help as he moved around the house. He knew that if he was to regain a fraction of his former strength, he would have to relearn how to master his body. 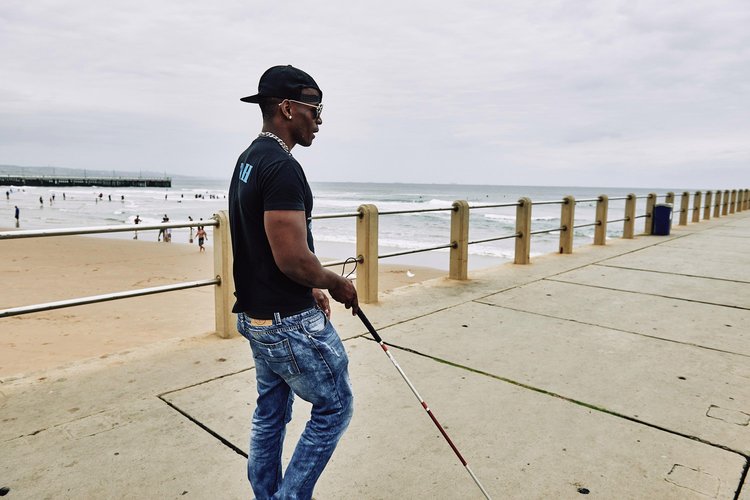 Ronald Dlamini had been handed a new challenge, and he rose to it with the same vigour that had brought him victory in the ring. “My mind started coming back. I knew, blind or not, I had to come out of there and make a difference,” he says. He wanted to train, to get back into the ring. “Losing your sight humbles your spirit and demoralizes you. To live is to suffer, but you have to find meaning within that suffering. I felt I was being given this cross because I could carry it.”

Do you have any other inspiring stories like Ronald Dlamini? Share with us in the comments below!