Valerie Loureda – “The Best Female Martial Artist Who Ever Stepped on This Planet.” 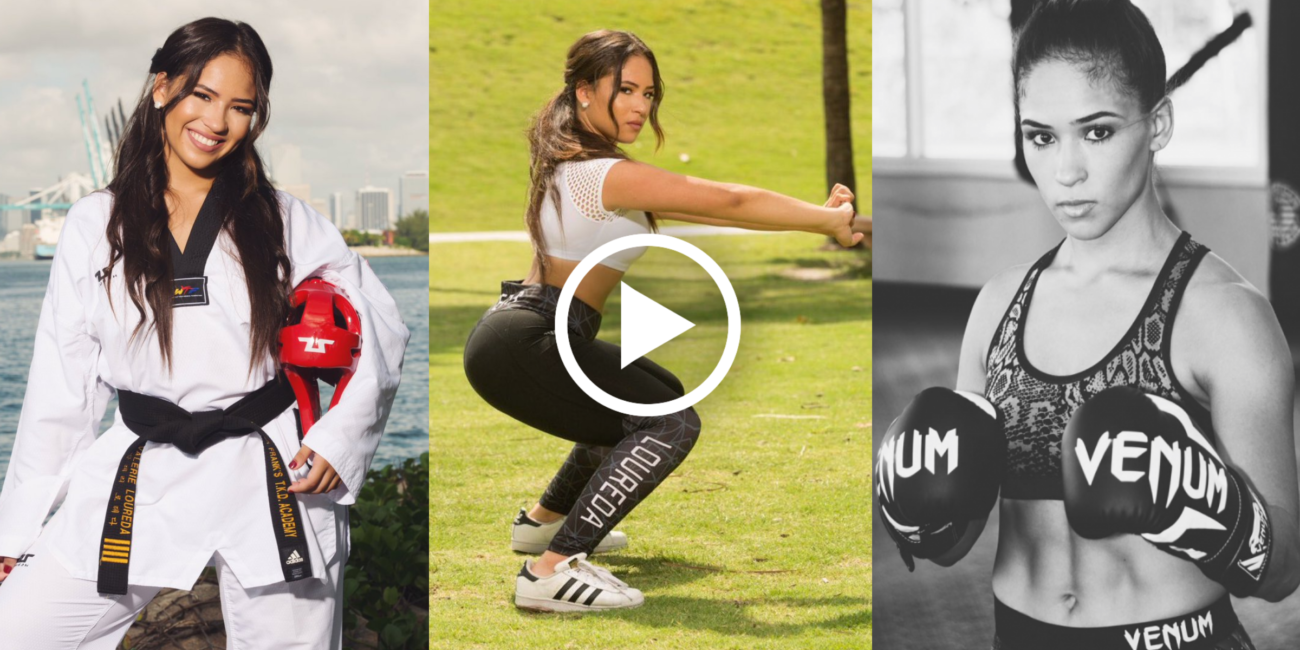 “I really want to leave my legacy on this world as being the best female martial artist who has ever stepped on this planet.”: These are the words of 20 years old, Valerie Loureda, who is currently in preparation for her Bellator debut.

In an interview with MMAjunkie, she explained how she literally was born for this career. “My mom was pregnant with me during her black belt test,” Loureda told MMAjunkie. “I guess you could say I was kicking from before I was even born. It’s in my blood. I haven’t gone a day in my life without throwing a punch or a kick. It’s who I am.”

Trained by her father, the former-olympian is now a 4th dan taekwondo black belt, but by 2017 she realised she wanted to go in another direction.

“Taekwondo was evolving a lot, It was becoming a lot of point sparring, so it was kind of going away from my style. I fought in the world championship and then I fought in a President’s Cup, and honestly, I kicked a girl and I broke her rib, and I wanted to mount her, even though I’d never done MMA before. That’s when I realized, ‘Wait, Valerie – something else is calling me. Something bigger.’” That something bigger is her Bellator Professional Debut early next year.

“Every day for the past two years, I’ve been training three or four times a day, I even changed college to be homeschooled. I do my college online so that I could kind of catch up and really understand all these arts together – just develop as a true martial artist. I followed my heart. I followed my instinct. 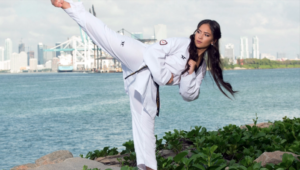 “I knew the first time I stepped in the cage I was so comfortable that this was what I was naturally meant to do with my life, and I’m very blessed that Bellator after my last fight was able to recognize my passion and the message that I’m trying to send to the world as a martial artist, and I couldn’t be happier with this choice, and I know that we’re going to do big things together with this promotion.”

Although it is a definite change from Taekwondo, she has found that even within MMA she’s has found opportunities to let her skills shine. “I was always frustrated because I was like, ‘We’re doing a mix of martial arts. Why is he trying to change my style into an MMA style?” Loureda said of her previous coach. “MMA is a mix of all of our disciplines together. I would go home, I would respect what my coaches were saying, but I would write down on a piece of paper creative ideas I thought where taekwondo was effective in MMA and was not effective in MMA because there’s some things obviously you can’t do.

“I don’t call what I do kickboxing. I call it a blend of taekwondo and Muay Thai and everything together. In the beginning, that was my struggle. But I feel like after my first fight in the cage, then I realized I started gaining more experience and understanding when I could pursue my sport in a fight.”

She may be new to MMA, but she’s already gaining fans, such as martial arts master Lyoto Machida.

“As a lifelong martial artist who transitioned to MMA bringing the essence of my family’s karate to a new sport, I’m excited to see Valerie bring her world-class taekwondo to MMA,” Machida told MMAjunkie. “I believe she will be someone to look out for in the coming years. I wish her all the best.”

Loureda’s bellator expectations have been set quite high: “Honestly, I felt an instant pull toward Bellator because the President, Scott Coker, he shares my same traditional martial arts background, and I know he is as passionate for and he cares as much for martial arts as I do. I truly feel at home because he reminds me of my dad and my upbringing in taekwondo, so I’m real excited about this deal with Bellator. I have a really good gut feeling about this.

“I feel like I’m a true martial artist, and MMA has allowed me to portray to the world the honor, discipline, and tradition that comes with being a black belt, and Bellator has given me the opportunity to influence the lives of thousands of people, especially women who are looking and are struggling to pursue their passion, so I’m really excited to just get in that cage, confront whoever they put in front of me, and with respect, win that challenge and continue going up and developing.

This young lady seems to tick all of the boxes, and while her opening statement may seem quite lofty, we won’t be too surprised if it end sup being a self-fulfilling prophecy.