WATCH: The best fight scene ever made is not what you think 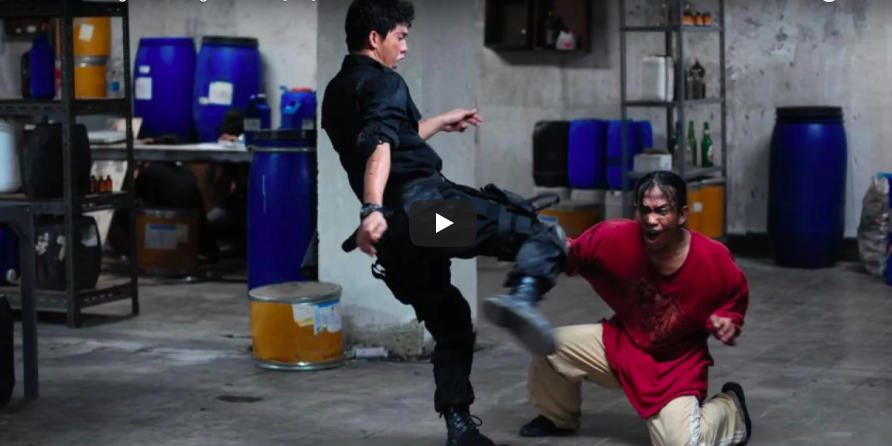 Aggressive, joint-breaking and animalistic, Silat – the Indonesian martial art that often uses knives – has made an appearance on the silver screen and, according to some, may have given birth to the greatest martial arts fight scene ever filmed.

Look back to 2011 and the world saw The Raid: Redemption hit the box office. Although gaining mixed reviews due to its simplistic plot, martial arts fans were in awe of the fight scenes that were truly creative and just downright incredible.

The movie has a simple premise: A swat team is sent to a Jakarta slum to oust a crime lord that has been controlling the apartment complex for some time. Previous attempts by the police and other gangs trying to steal territory have all failed and only the swat team (trained in Silat) can overcome the gang and reclaim control. It’s a simple good guy bad guy movie and although is a bit predictable in places, the 101-minute movie is pretty much violent from start to finish.

Each scene was better than the last and the fighting just became more and more complex throughout. Check out the machete fight scene for example – although clearly influenced by the Korean movie Oldboy – the protagonist is wielding a machete instead of a hammer as a corridor fight ensues.

The drug lab fight scene is also up there with some of the best in the movie too, with hardcore Silat attacks coming from all sides – and a shit load of neck punches.

But according to us, the fight scene that maybe the best fight scene ever in Cinema history, is that of the fight between Jaka and Mad Dog, the crime lord. The fight takes on a classic approach, of two guys vs one and although is mainly a Silat based fight scene, elements of judo are clear throughout.

Sure the fight scene is long, but that’s the reason it’s so great. Mad Dog doesn’t use weapons but instead displays some true animalistic power in the fight. Hand-to-hand combat is clearly his style, with him at one point saying “I’ve never really liked using these. They take away the rush. Squeezing a trigger, it’s like ordering take-out. This is the thing. This is the pulse. This is what I do.”

This six-minute long fight is brutal and epic in equal quantities. The scene was so violent, it brought some criticism, but we think that the violence makes it one of the greatest fights ever filmed – because what’s a fight without real violence?!

Set in a dark, run down, bare room, the lack of color and decor is done on purpose. The scene is about the fight and the fight alone and the director didn’t even need to resort to shaky camera effects – as the fight itself was hardcore enough. 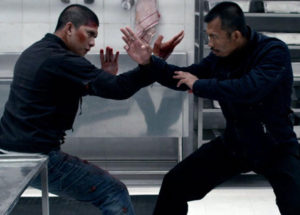 At one point, one of the guys is caught in a choke hold, and to get out of it he shoots his feet backwards and flips his attacker right onto his face. It’s an incredible movie to watch but we are still unsure of where it actually comes from… any ideas?

In true Silat style, one of the good guys gets in a powerful arm attack that breaks the bones of Mad Dog’s arms (sound effects are one point, may we add!) following up with a jab to the chest, a choke-hold, and then spins the crime lord in a way that snaps his back…daymn!

The fight ends with a bloody stab to the neck with an old lightbulb and slice it across his neck that takes a little longer than is comfortable. Silat is violent at the best of times, but this scene is in our opinion one of, if not THE BEST fighting scenes ever filmed.

If you don’t believe us, check it out for yourself here: