Cannabis-Infused Jiujitsu Is A Real Sport? 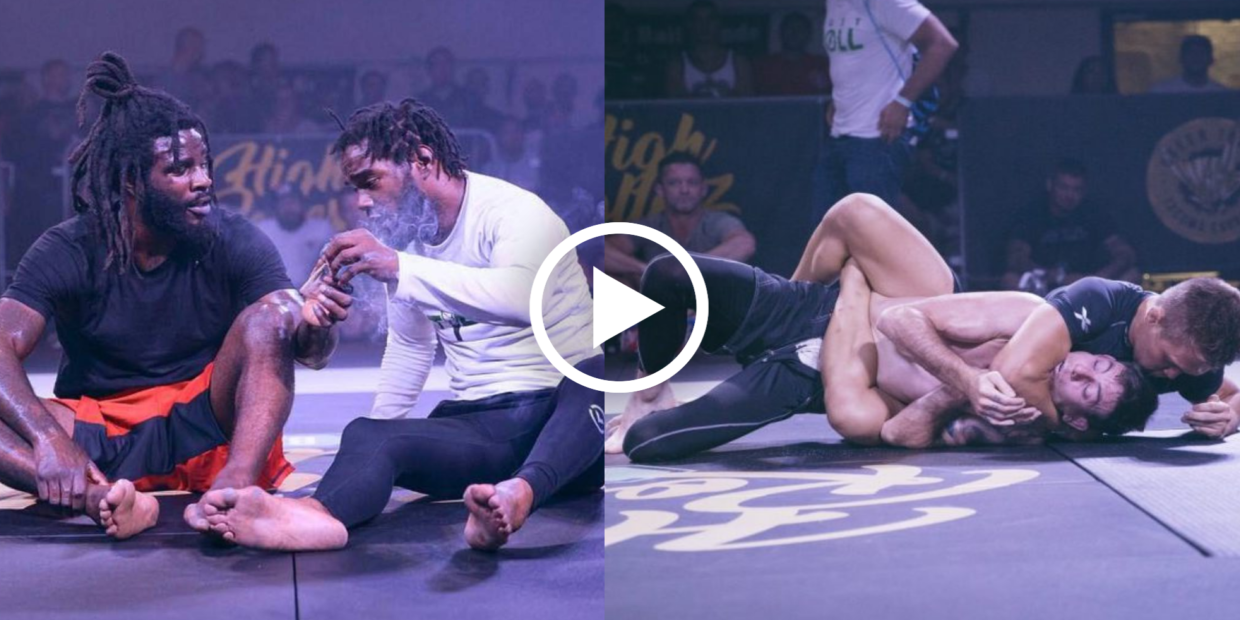 High Rollerz is a Brazilian JiuJitsu tournament with a difference. Everyone is required to be high in order to compete, and the main price per division will help you get even higher after; a whole pound of Cannabis.

If you have a quick look at their website, you’ll come across this simple mission statement:  “High Rollerz is a cannabis-infused Brazilian Jiu-Jitsu tournament and show created by ‘Big Lonn’ Howard & ‘Mighty Matt’ Staudt. Our goal is to formally and responsibly merge the worlds of elite athletics and marijuana and work towards de-stigmatizing this amazing substance through example. We know cannabis is a powerful, natural tool that helps humans in many ways and we feel the most physically fit people in the world who regularly use it are the best examples to everyone for it.”

Martial arts and marijuana have had a tricky relationship. In UFC, the rules state that you are not allowed to use the substance during the competition period, however, due to the fact that it stays in the system for so long, many fighters who have technically abided by this rule have still managed to fail the drug test, resulting in suspensions or even bans from competition.

Nick Diaz was banned for 5 years after repeatedly failing the test. Needless to say, he is a big fan of High Rollerz, having attended their first event earlier this year. The atmosphere at these events is unlike any other. Smoke fills the air, a DJ pumps out rap music, arena lights flood the stage, but in contradiction to what you would expect, the level of camaraderie here is impressive. This event, from a visual standpoint, has all the hallmarks of an aggressive UFC tournament. However, it still has its feet firmly planted in the ethics of classic Brazilian Jiu-Jitsu: respecting your opponent and respecting the craft you have learned.

However, occasionally, as with anything, tempers will flare, but it’s how you deal with the situation that makes the difference. This Instagram video from a High Rollerz event is an interesting example of an alternative way of defusing a situation:

Here's something I've NEVER seen before: A heated @highrollerzbjj match nearly turns into a REAL FIGHT & @biglonn412 flares up a joint for the competitors to diffuse the situation, lol! It worked!!! This was truly a one of a kind sporting event!!! Leaders of nations can learn something from this!!! If you live in SoCal, do BJJ & didn't attend this event, YOU FUCKED UP!!! The matches are sub only with EBI rules, so it minimizes any BJJ political BS!!! I'm sure @highrollerzbjj will be growing in the future!!! @Regrann from @mightymatt, who put this unique event together!!! #highrollerzbjj #highrollerz #bjj #jiujitsu #jiujitsulifestyle #ibjjf #naga #f2wpro #ebi #adcc #judo #grappling #mma #ufc #ufc225 #ufc226 #bellatormma #pot #cannabis #marijuana #sambo #combatsambo #wrestling #usawrestling #ijf #10thplanetjiujitsu #graciebarra #graciejiujitsu #cypresshill #hiphop

The future of Cannabis-infused Jiu-jitsu is hard to gauge at this point, but with more countries legalizing the drug and with the publics increasing impatience with the trash-talk and violence of UFC, things are looking optimistic for High Rollerz.

Would you like to attend one of their events?