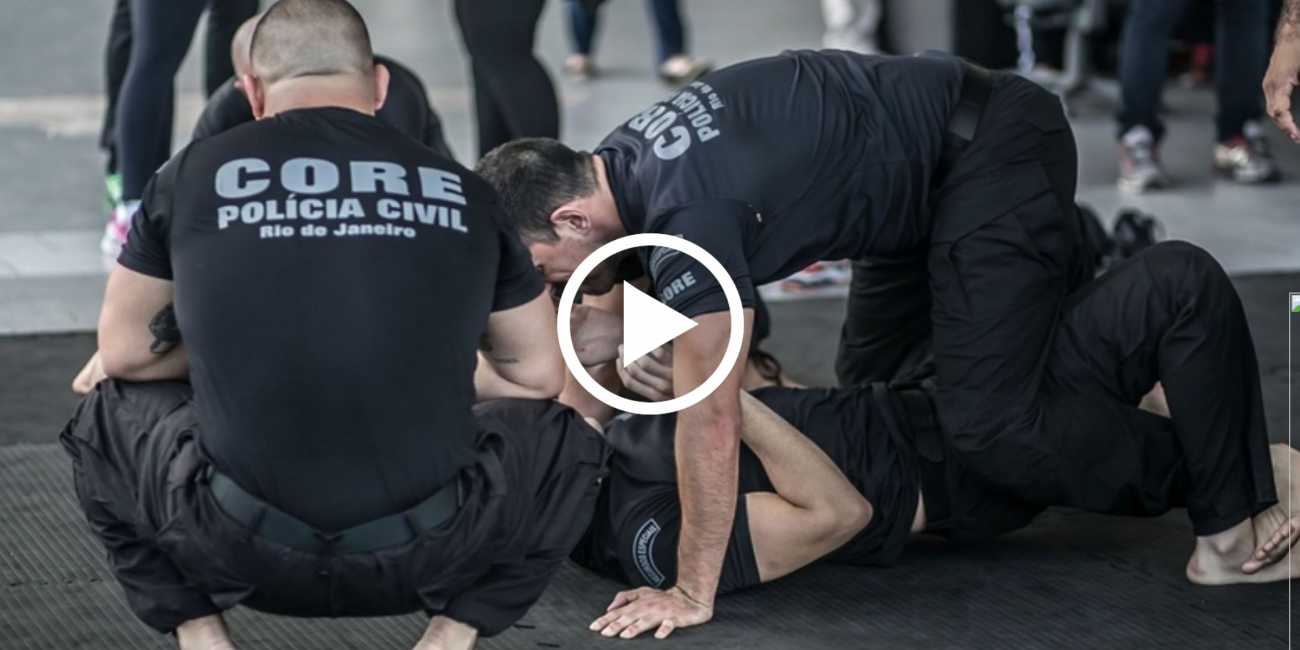 A movement is starting and it is definitely one we can get behind. A small number of Police Officers are demanding that Brazilian Jiujitsu training become a compulsory requirement for all officers and it is starting to spread.

#bjjmakeitmandatory is making the rounds on Instagram and for very good reason. The more equipped officers are to deal with conflict then the less they will have to rely on firearms or tasers.

A group of officers recently contacted Eastern Europe BJJ and had this to say:

“I could write for days on this topic but I know that those who need it the most, would skip it as soon as they see long paragraphs, so I will try to keep the message short and to the point.

Police training in combative sports should be mandatory!!! Wrestling, Gi or No Gi Grappling, Muay Thai, Judo, Combat Sambo, Boxing. Pick one and then dedicate 20 years to it or pick few of them at the same time. There is absolutely no negative side to this.

I know, I know, how are we supposed to do this, injuries, overtime, blah blah blah. There is only one thing that needs to be answered. Are people willing to change their mindset? If the answer is YES, then everything can be achieved.

The truth is, most cops are scared of getting dominated in combat sports because it goes directly against their “Alpha Psychology”. Finding excuses is a coping mechanism used to justify not doing it. Most are actually willing to play odds of “this won’t happen to me” and frankly it’s scary. People in the industry, in which an actual job description is confrontation, are willingly not getting proficient in skills that would help them when confrontation turns physical.

Oh also “I’ll just shoot them” or similar statements….. please just stop. You sound ridiculous when you say that around those who know how close combat unwinds.

I lived it first hand and it is beautiful to experience how being skilled grappler works against someone who never trained something but is being combative. Like playing with a toddler. Too easy!!!!!!! I know other officers who train and felt the same and I know those who learned a lesson (through critical incident) and decided not to let that happen to them ever again.

Now please understand, not everyone has to like BJJ but like I mentioned in the first paragraph, train what really works and has worked for decades or even longer.

There is a small movement out there, compiled of police officers (some in the photo) who are willing to be leaders and pioneers of #bjjmakeitmandatory. We need to be loud enough where some legislator can hear us and believe that cops skilled in combative sports would decrease excessive use of force, by default be in a better shape through the duration of their career, not to mention how by training this long term, you will prolong your life after retirement, which we know is troublesome issue along with depression that comes with the job.

No one is asking you to become world champion or go to tournaments, all we are saying is that this will change your life forever. Remember that ineffective use of force can leave impression of excessive use of force.

As I am writing this, there is going to be a big seminar in Houston on June 8th, 2019. Cops who train BJJ will be there to exchange knowledge and techniques that are relatable to law enforcement, sorry berimbolo lovers, this one won’t be shown at the seminar.

Big shot out to all of you who train to win critical moments, there are few of you out there but the number is growing. Making it mandatory is going to be hard but not impossible, so keep doing what you doing and one day police culture might be redefined, in a way when you say you are a police officer it will be synonym for a skilled combative martial arts practitioner.

Until then, watch your six.”

They have chosen BJJ but can you think of another discipline that you feel would be more effective to be included in police training?